For many Filipinos, it is important to respect someone else’s dwelling by keeping the floor clean during your visit; thus, slippers and shoes are left outside the house. After all, cleaning up a messy floor is no joke!

But one Filipino guy has gone viral for taking off his slippers before entering a McDonald’s outlet; however, netizens were torn between believing that he was doing it out of habit or whether he was actually being sarcastic of the wet floor sign.

A series of photos taken by someone behind this guy showed that upon arriving at the fast food outlet’s doorstep, he promptly removed his footwear and picked it up before proceeding inside.

A McDonald’s service crew could be seen laughing at this guy’s antics. 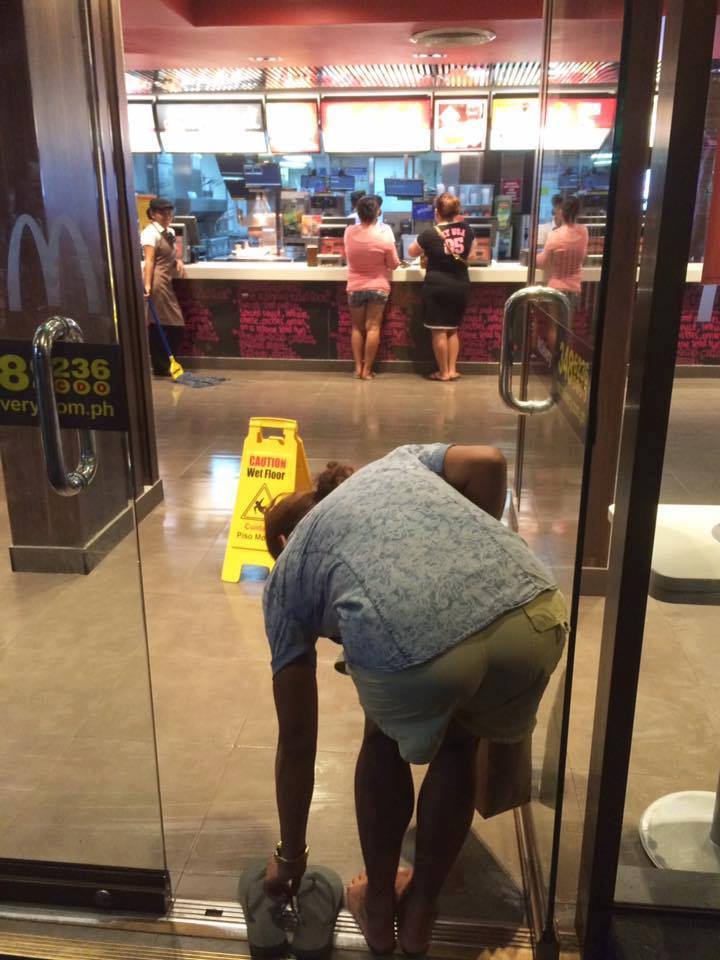 Of course, it is highly likely that everything was a joke set up by this guy and his friends. After all, whoever took the photos was able to capture the moment this guy went barefoot. So, was this some kind of a joke?

Well, many netizens think that it was quite funny that this guy did that, considering that while Filipinos leave footwear outside the house, we don’t do that in public places such as restaurants.

Others admonish the judgmental netizens, commenting that we don’t; really know the circumstances behind the photo and that this guy could actually be serious in what he was doing! 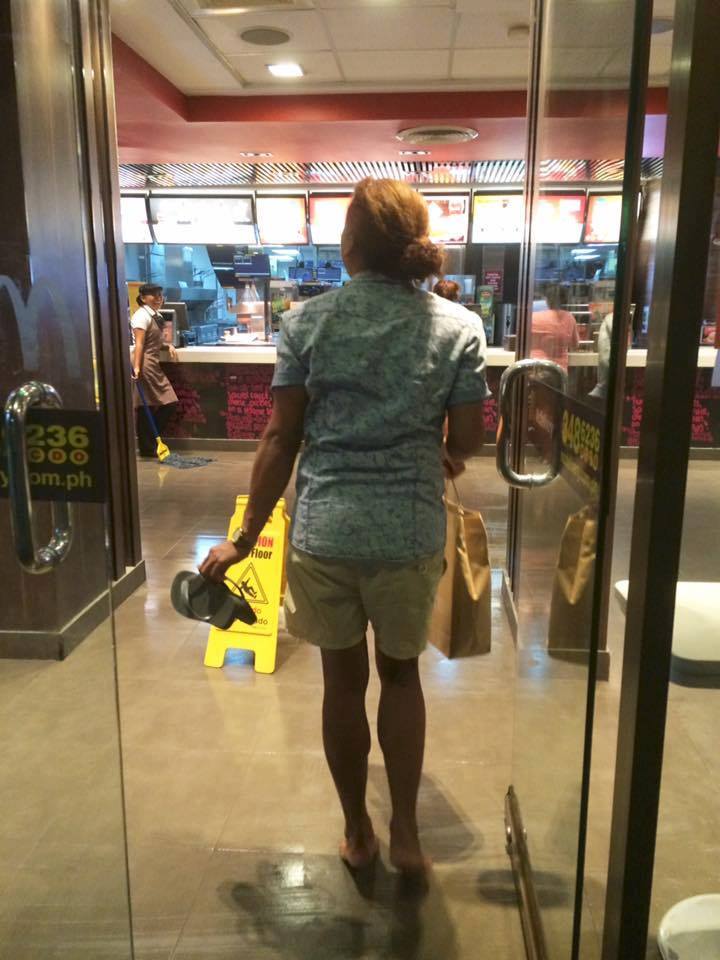 Many simply shrugged it off as a joke and even went as far as saying that this guy was just trying to go viral with his antics – and he certainly got what he wished! The post had gone viral on Facebook page RealRapbeh.

What can you say about this?