Raccoons can be cute and cuddly when you see them on TV and cartoons, but model Janna Breslin had a chance to encounter the sneaky nature of raccoons when she went on a vacation to Florida.

It happened when she and her friends went to Weeki Wachee Springs in Florida. One of the resident raccoons in the area was determined to welcome their guests. 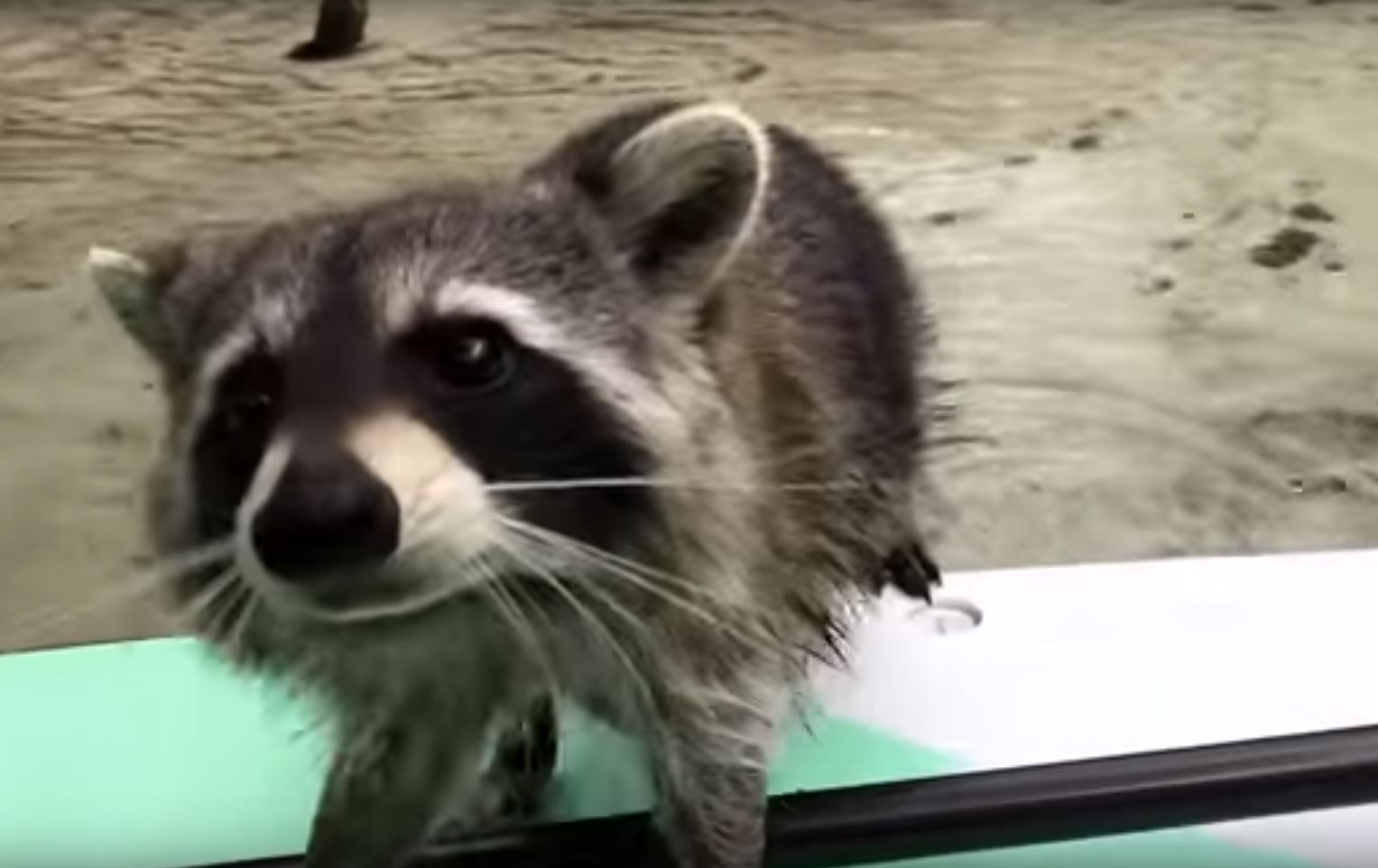 It started with the raccoon climbing up the paddle-board of the cameraman but also going on its way after.

Then, it made its way to Janna’s paddle-board. At first, Janna tried to fend it off by using her paddlers but the sneaky raccoon had other plans. It decided to hop on board and go straight to Janna’s belongings. 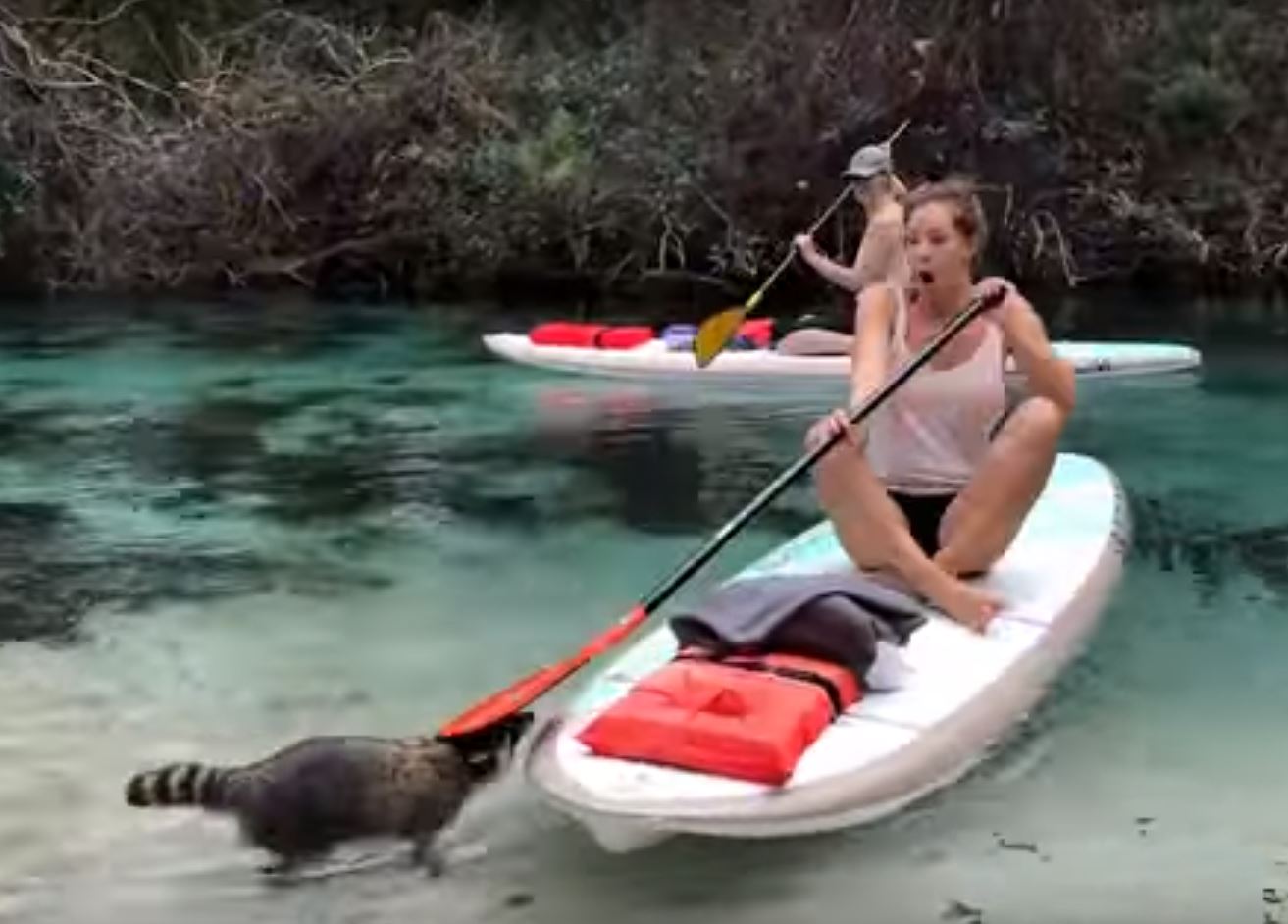 “I’m not happy I had to bonk him on the head, I tried to nicely keep him away from me and my things but once I felt he was not going to let go of my clothing and food, I made a split decision to make sure my belongings were safe.” 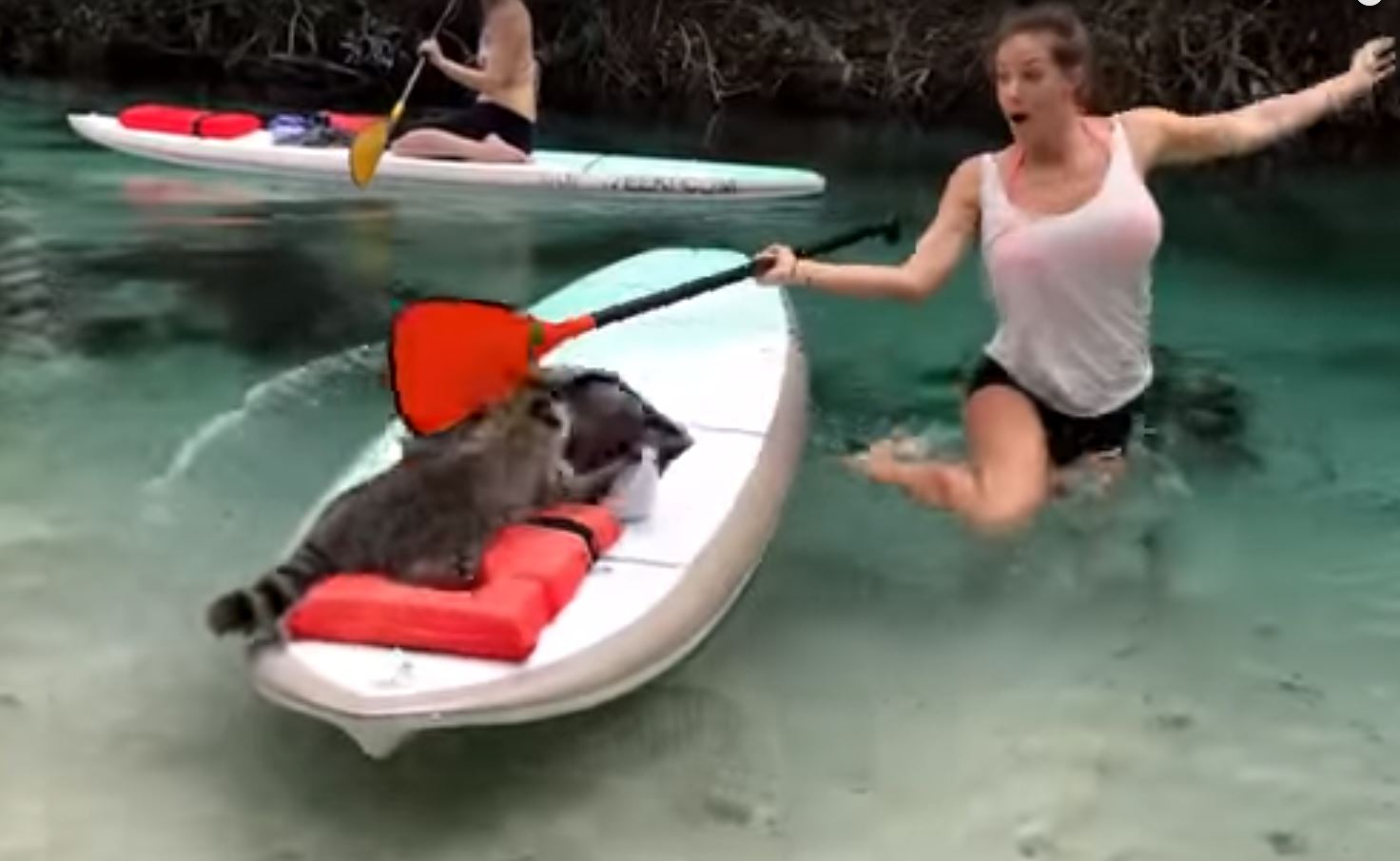 That’s when Janna hopped off the paddle-board to get ahold of her belongings that the little raccoon was trying to steal. 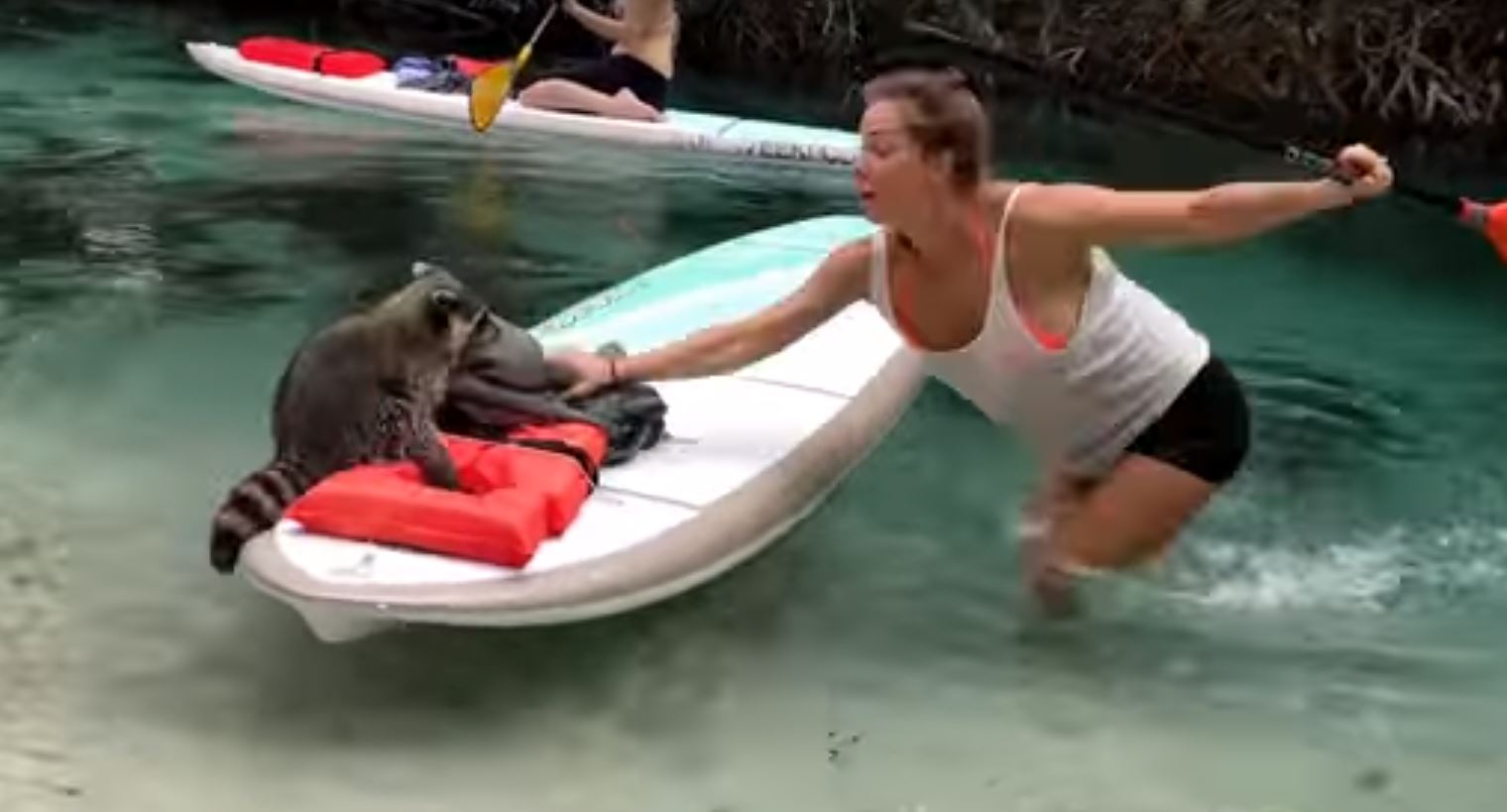 She was successfully able to get her belongings back and the raccoon was seen swimming away from them. But according to Janna, they saw the same little sneaky animal an hour later and it even tried to get near them again.

“As you can see he swam away and was totally fine. We even saw him walking around an hour later and tried to come up to us again.”

Janna said that what happened is even the highlight of her Florida trip. She shared a clip of the incident on her YouTube channel.

“I guess you could say I’m protective over my food, I still can’t believe that actually happened!!! Yesterday was my first encounter with a wild and very curious raccoon,”

Watch the funny clip below: