In a video shared by netizen Oh Man, a graduate (Mary Llan) could be seen on stage while a man in a Barong Tagalog walked towards her while holding a medal in his hands. Loud cheers and applause could be heard from the crowd, prompting us to wonder who this man was and why he was so well-received by the audience.

It turned out the man, Ma Allan, wasn’t an ordinary figure in that school because he has been the security guard of the place for nearly 20 years! 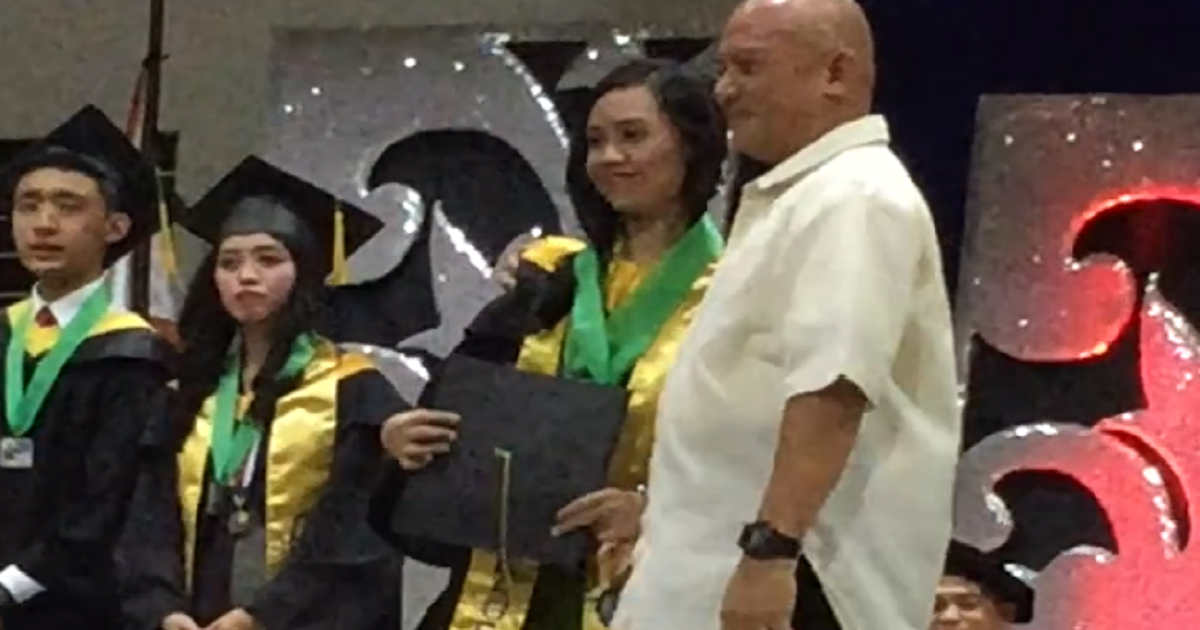 According to Trending News Portal, Ma Allan is a famous figure in campus and is well loved by the student body. Not only does he show outstanding loyalty to the school, he is also a fatherly figure among the students; thus, when they saw him repeatedly going up the stage to give his daughter her medals, everyone also felt happy for him!

After graduation, some of the graduates even had their photos taken with Ma Allan, proving that he may “just” be a guard in the school but he is a celebrity in his own right.

Many of those who commented on the video praised Ma Allan for a job well done, not just in his job as security guard but also in raising such an intelligent daughter.

Some netizens even commented that he should be given a medal, too.

The Barong Tagalog is the national costume for males in the Philippines. It is sometimes made of native material such as pineapple or jusi. The lightweight, translucent suit has embroideries, often on the front portion. It is worn over an undershirt.