The internet has gone into frenzy over the video of a crow that looks so much like a gorilla – and the video actually got a lot of netizens scratching their heads in puzzlement and wonder. How and why did that ‘gorilla crow’ do that?

It all started when someone posted a video of the crow, something that was supposedly taped somewhere in Japan.

According to The Epoch Times, the said crow was videotaped as it stood on the stairs in front of Parco shopping center in Nagoya, Japan. 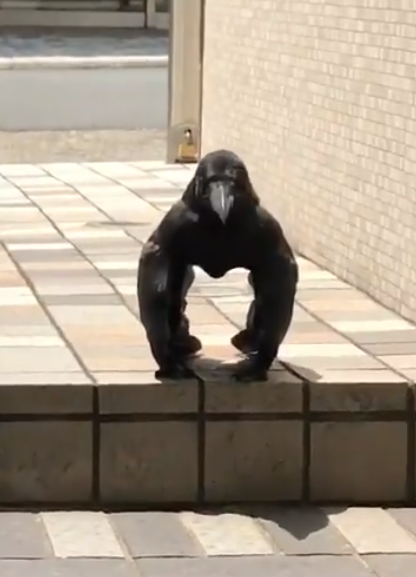 In the clip, the crow had its wings folded downwards, curled towards the center, in a rather strange angle that made it look like a gorilla! This would lead netizens to call it as the “gorilla crow”. But other netizens also joked that though he appears to be similar to King Kong but a miniature version, there were also times when he looked like Darth Vader! LOL.

The big-beaked ‘gorilla crow’ video was shared by Keitaro (@keita_simpson) who said that he didn’t even think of the bird as a gorilla at the time but more like a zombie. 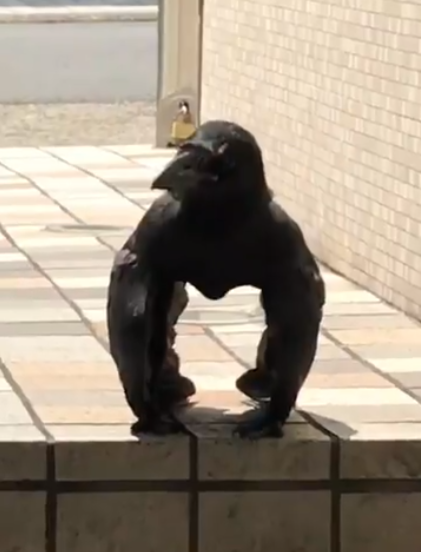 The video was reshared by many people and pages on Twitter, with netizens creating their own versions of the story. Some even made up stories about an alien invasion, while others joked that this could be Thanos’ pet, surveying the Earth and checking what it could do to save its master from doom. LOL.

Explanation to the “Gorilla Crow” Pose

Why was the crow posing like it was a gorilla? University of Washington bird researcher Kaeli Swift explained that this was actually a normal position for the bird and that it was just sunning itself.

“Sunning like this is a common behavior among birds. Sometimes it’s about warming up but a lot of times you’ll see them do it when it’s hot out. In these cases it’s about feather care. Sun exposure can reduce feather degrading bacteria and mites,” Swift explained. 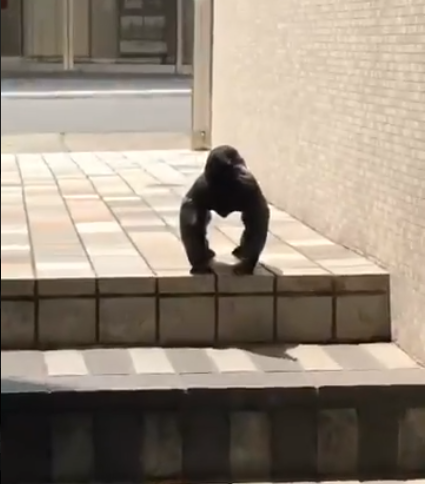 So, there you have it, folks! There’s no alien invasion coming up…