Home
News
Weird News
Crocodile Swimming in Flood Waters Scare Flood Victims, But It Turns Out to Be A Toy

Crocodiles can be dangerous creatures that could bite humans and seriously cause harm. So, imagine the fright felt by flood victims when they spotted a crocodile swimming in flood waters after a storm!

Thankfully, it wasn’t a real crocodile this time, but only a realistic toy. Whew!

There are a lot of toys that look so realistic these days – and some look so real that they might scare some people who thought they weren’t toys at all.

That’s what happened after a recent storm and flooding in Malaysia. 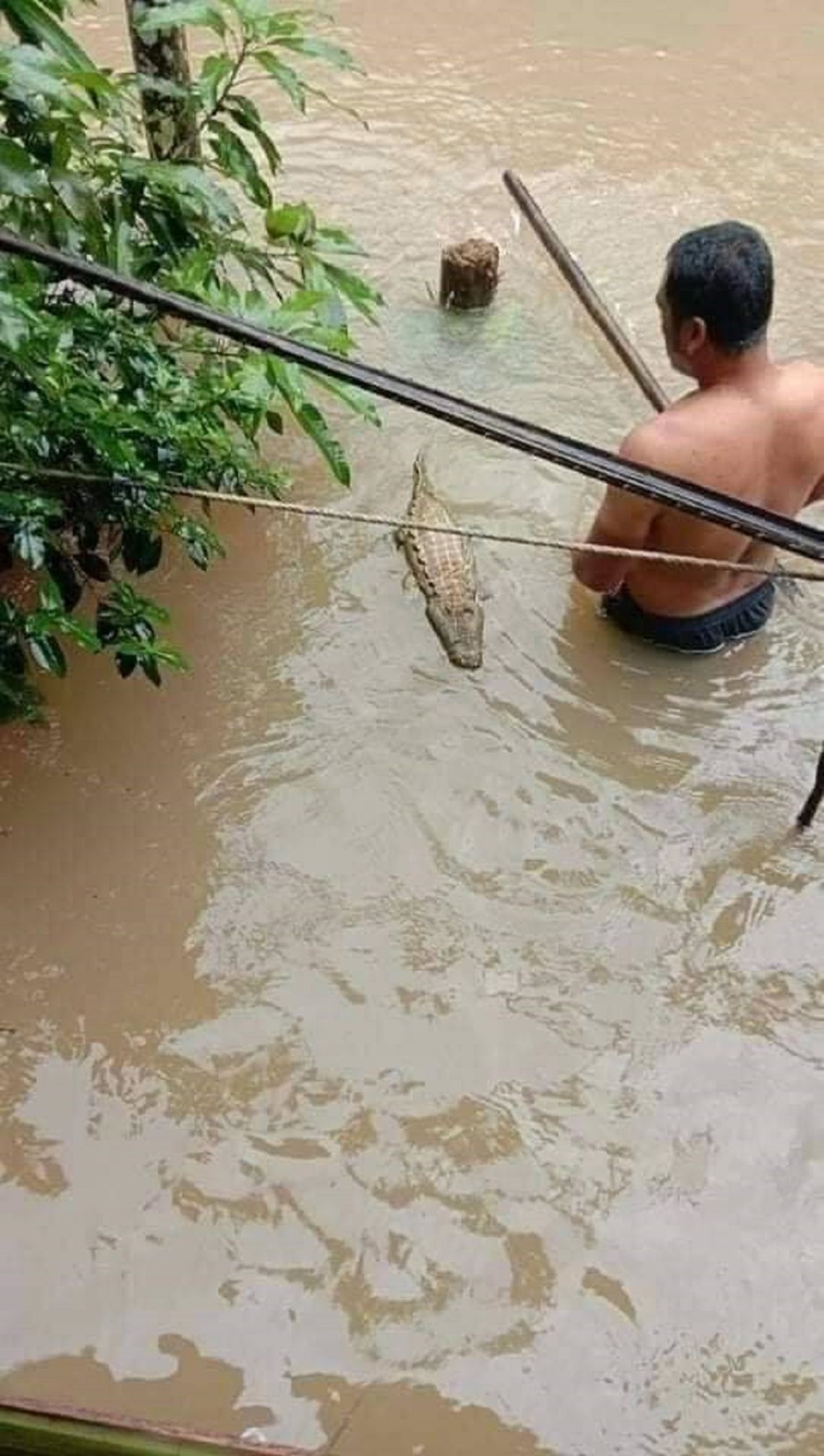 As expected, the flood waters were murky and it was hard to tell what’s beneath the surface. In many places, there were plenty of animals spotted swimming in the flood waters – and many caused fright to the people, particularly if dangerous ones such as snakes and crocodiles are seen.

Considering that there had been quite a number of reports of crocodiles seriously injuring (or even eating!) people, you could just imagine the fright that the flood victims felt when they saw one swimming in their area.

It was small but a crocodile can still pack a powerful snap despite having a small size, right?

Thankfully, it wasn’t the real thing! Whew! It wasn’t even a baby, but just a realistic plushie.

“Who’s plushie is this?!” a bemused resident commented. 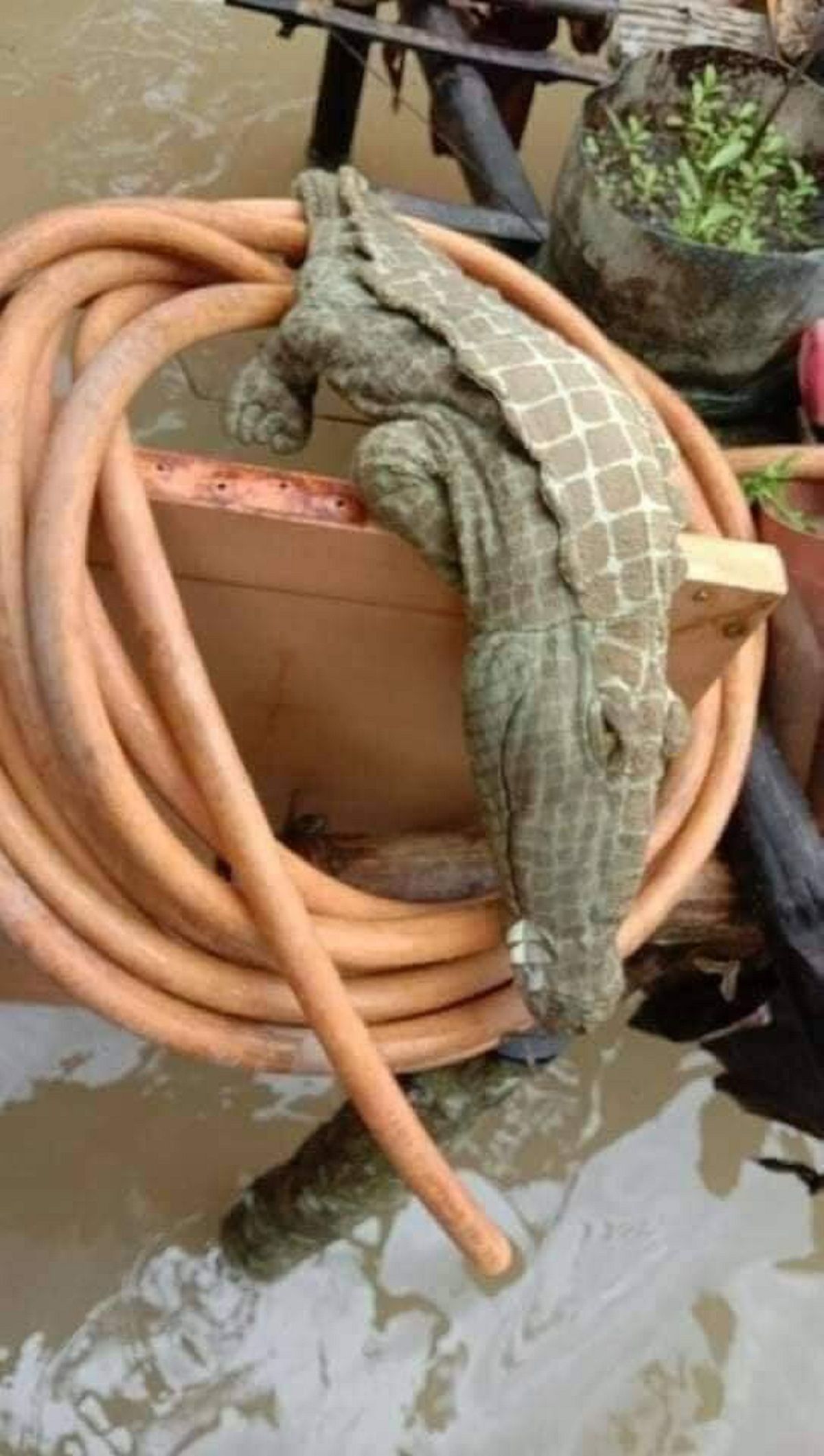 The toy had caused them some fright, but they were all so thankful it wasn’t the real deal.

Netizens were quite amused!

“I would’ve fainted on the spot and drowned,” one netizen commented, most likely half-joking. LOL

Many also commented that the toy looks so real and they would have been scared if they saw it ‘swimming’ in the flood waters, too.

Crocodile attacks are actually common, particularly in areas with a large population of both these animals and people.

It is estimated that as many as 1,000 people get attacked by crocodiles each year.