Nicholas and Rafaela Ordaz, a Californian couple that has been married for 82 years, reveal their secret to their lasting marriage. Apparently, “not sweating on the small stuff” is the secret to their happy marriage.

Leticia Ordaz, one of the couple’s grandchildren, also said that long marriages run in their family. Nicolas and Rafaela’s parents lived to be 112 and 108, and were also happily married.

Divorce isn’t really something our family has experienced. Nurturing those relationships is a huge part of our culture.

Nicholas Ordaz recently celebrated his 102nd birthday last January 2016, and Rafaela turned 100 last October 2015. Five generations of the Ordaz family travelled to Tracy, California to celebrate their grandfather’s birthday. Despite all the chaos, the couple only had eyes for each other. 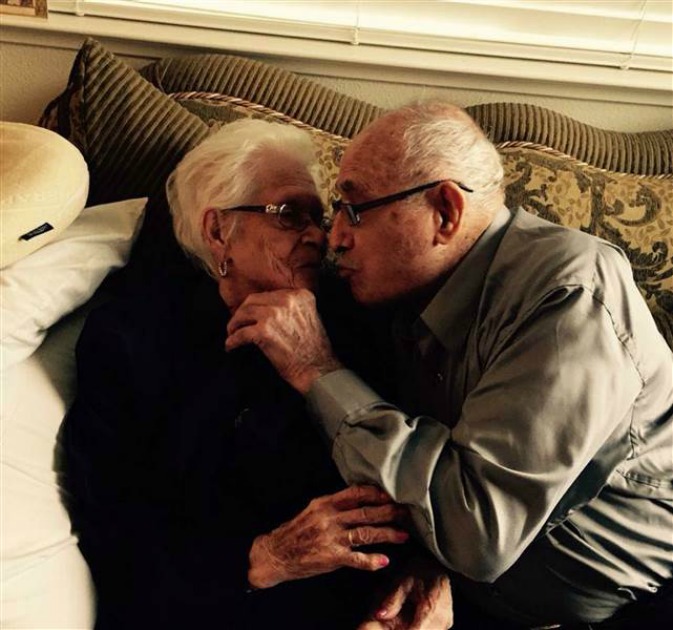 Nicholas and Rafaela Ordaz have been married for 82 years.
Photo Credit: Today

They’re still so in love. It’s quite remarkable.

Aside from the passion they have for each other, and “not sweating on the small stuff”, the couple also credits their long marriage to mutual respect. They also love taking care of each other and experiencing the same things together.

They take care of each other. At the party, he kept looking around to see if she had gotten any cake yet. She has diabetes — she can’t really have cake! But he wanted them to experience it together.

The couple also celebrated their 75th anniversary with a big wedding party to renew their vows. Their family then started doing research if they would be able to break any records and found out that the couple still needs five more years to break that record. Although they aren’t the longest married couple yet, they still are an emblematic couple for lifelong happiness and partnership.

Now that they’re getting older, their memories aren’t as sharp. They forget everyone else’s names, but always remember each other.

The longest marriage according to the Guinness Book of World Records

Zelmyra and Herbert Fisher holds the Guinness Book of World Record for the longest marriage. The couple married on May 13, 1924, and were together until Herbert passed away in 2013 at the age of 105. They were married for 87 years.