The wedding is one of the most (if not the most) expensive occasions in a couple’s life. An elaborate wedding would usually need months or even years of preparation, and it costs thousands of dollars. However, young couple decided to make a difference by cutting their wedding cost, and it’s all for a good cause.

Zainab Veerani and Shehzan Chunara wanted to begin the rest of their lives together by making a difference in other people’s lives. So, instead of an elaborate expensive wedding, the couple decided to downsize their celebration in order to support the foundation they love. 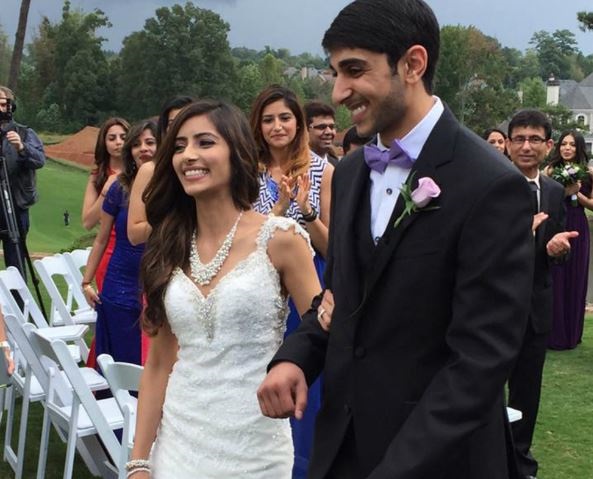 Instead of an elaborate Indian Traditional Wedding, Zainab and Shezhan decide to have a civil wedding for a good cause.
Photo Credit: Becoming Chunara

A traditional Indian wedding usually lasts for three to four days, and the couple wanted to invest in something that would have a lasting impact.

We began tallying up expenses and started to think it wasn’t worth putting that much money toward something that would only last a few days. We wanted to use the money for something that will have a lasting impact.

Zainab and Shehzan decided to donate to Aga Khan Foundation, an organization which aims to end poverty by investing in education, infrastructure and helping communities globally.

We love this foundation so much because they focus not on giving someone something, but rather providing them with the will to go after their dreams.

The couple held a civil wedding ceremony with only 70 guests and donated 85% of what should’ve been spent on their wedding to the Aga Khan Foundation. Aside from donating to the foundation, the couple also encouraged their wedding guests to donate the money they would’ve spent giving to the couple.

Both of the couple’s parents grew up in India with very little money, so causes like this really mean so much to them.

According to The Knot, traditional Indian weddings last for an average of three days. It is divided to four parts: the ganesh pooja, a mehndi ceremony, the sangeet and the main ceremony.

On the first night, a priest performs the ganesh pooja which usually happens at home with the couple, the bridal party and close relatives. A mendhi ceremony is celebrated on the second day where the bride and her female friends and family members will have intricate henna patterns drawn on their hands and feet. On the night of the second day, the sangeet takes place where there is introduction of the couple’s families, mingling, a meal, and dances or other performances. Finally, on the third day, the main ceremony takes place followed by the reception.