While most burglars forcibly enter business establishments to steal money and various valuables they could sell off for some cash, there’s this still unknown burglar who broke into a fastfood chain, Five Guys Burgers and Fries, in Washington, DC not to steal money or equipment but to simply just cook himself some burgers!

Perhaps he really was just so hungry and he craved the burgers at Five Guys but it seems that this burglar wasn’t interested in stealing valuables from the restaurant.

In the CCTV footage of the burglary, the guy had followed a delivery man into the store and went inside but waited until the other guy was out of the store before rummaging through the rooms for food he could cook. 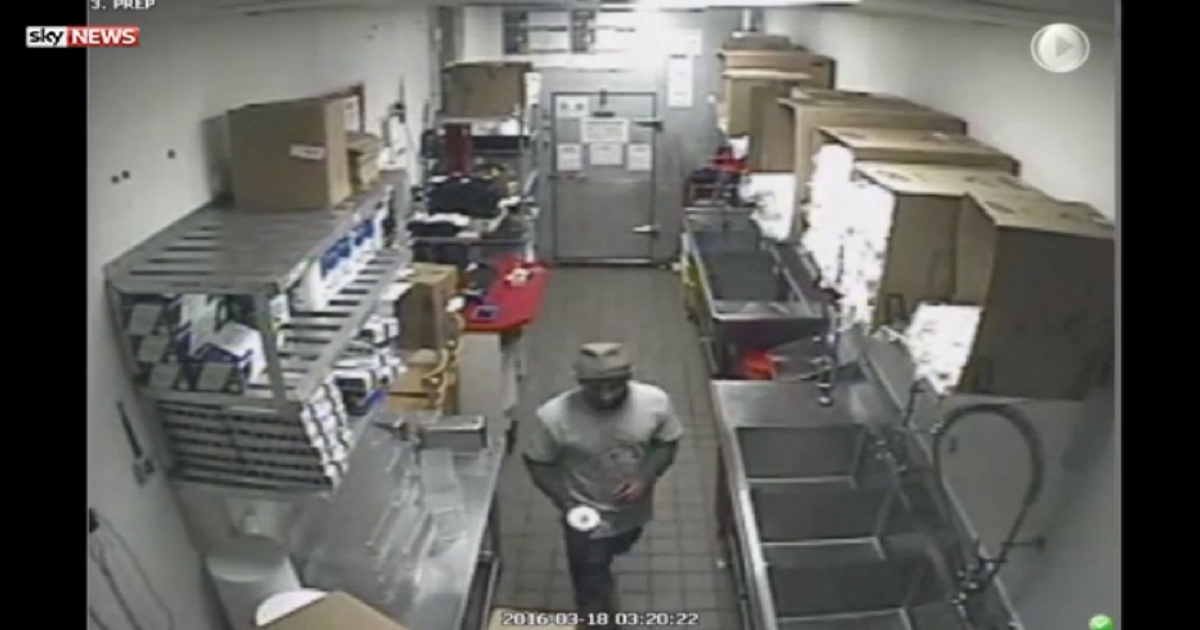 He finally settled for some burgers which he nonchalantly cooked. While waiting for the food, he even called someone on the phone like he was just right in his own home.

The cops were quite shocked at this guy’s audacity and could not figure out why he chose to break into the facility only to cook and eat burgers.

We have some theories about the incident, though. Quite possibly, the guy was really just very hungry but did not have money to buy food; thus, he broke into that restaurant to get something to eat. Of course, it is also possible that he was just acting on a dare – especially because he had called someone in the middle of the burglary. Perhaps he was trying to confirm to his friends that he was really inside the store and cooking some burgers!

Well, whatever his purpose for doing so, he had still broken the law when he broke into the facility and essentially steal some food. Still, the police are still looking for the guy.