A man in a car laden with police stickers and using a PNP commemorative plate figured in a traffic altercation with a pregnant woman and her companion. But cops have revealed his identity as a businessman – and he is now facing charges for using police uniform.

In a social media post, the pregnant lady named Pinky Timbang Ortiz narrated how the driver in the white Toyota Fortuner started the fight with them. The guy was wearing a police bull cap, PNP t-shirt, and had a car with various police stickers, a ‘wang wang’ (siren), and PNP commemorative plate.

He threatened to take them to the police station after trying to ram their vehicle but because they knew they had done nothing wrong, Ortiz and her companion stood their ground. 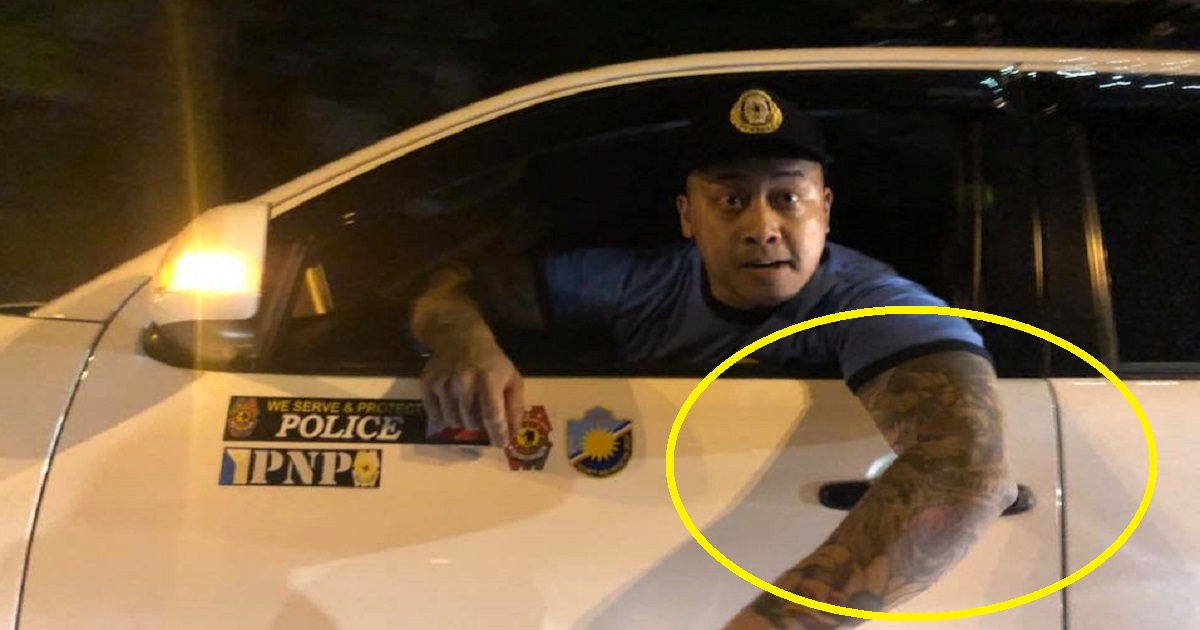 After Ortiz shared the photos, many netizens pointed out that the guy could not possibly be a police officer because he had too many tattoos on his arms. Ortiz herself had questioned the man’s identity, especially because he spoke with an ‘American accent’.

Taguig PNP who has jurisdiction over the case as the incident happened in Bonifacio Global City revealed that the man in the viral road rage incident has been identified as 36-year-old Joseph Philip Lu Bautista, a Filipino-Chinese businessman who admitted he was the guy in the photos.

Bautista also admitted he was not really a police officer but he liked wearing the PNP athletic shirt because ‘they were comfortable’; however, he denies the accusations made by Ortiz.

Taguig PNP is now waiting for Ortiz to file a case against Bautista but he will be facing charges for ‘illegal use of PNP uniform’ which is punishable under Article 179 of the Revised Penal Code (RA 3815).

Netizens are not buying Bautista’s reason for using the PNP shirt, however, saying there are many other ‘comfortable t-shirts’ out there that he could easily afford as a businessman but he chose to wear the uniform instead.