It’s Christmas season! It is the time for costume parties and having fun exchanging gifts. A lot of people also flock to the malls to start working on their shopping list and trying to avoid the long lines.

Malls are trying to outdo each other in putting up the best, grandest Christmas displays. Many have also taken to letting their employees wear Christmas-themed costumes, with some malls even employing a Santa Claus to greet the shoppers and hand out candies to the kids. 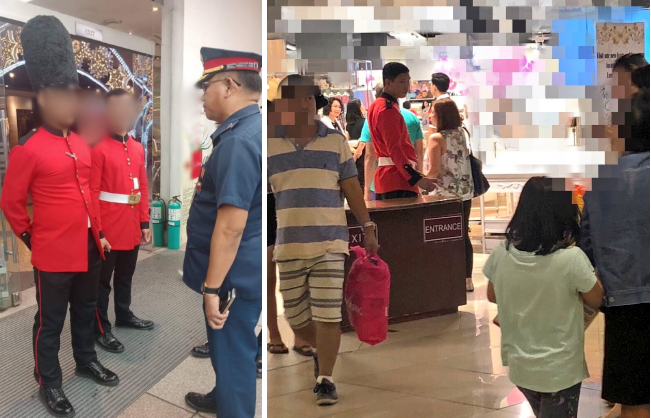 But a number of malls in Metro Manila have also ‘upgraded’ their security guards, making them wear costumes similar to uniforms of those working in popular guard jobs such as the Vatican Swiss Guards or the British Royal Guards.

While this looked awesome, with some netizens even taking photos with the guards, the Philippine National Police (PNP) is not amused. Playing the ‘Grinch’, the PNP announced that malls and other business establishments should not make their security guard wear costumes.

The officer-in-charge of the Philippine National Police Supervisory Office for Security and Investigation (PNP-SOSIA) Enforcement Management Division, Superintendent Jaime Santos, emphasized that security guards are supposed to make sure the mallgoers are safe and secured; thus, the guards should not be deployed for entertainment.

Santos also said that it is important for the guards to wear only the prescribed uniforms to help deter groups who might try to copy their costumes to get inside the mall and mingle with the crowd as if they had the right to be there.

Also, Santos said that in times of emergency or trouble, the mallgoers might not know who to turn to because the security guards are in costume and look just like any other mall employee. 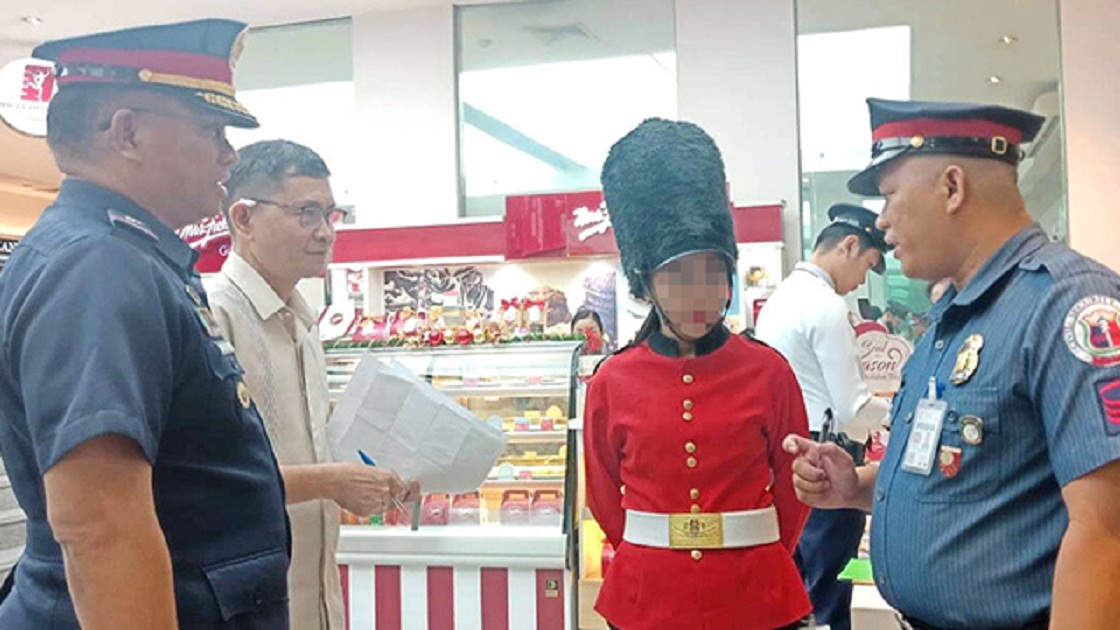 A mall in Makati has fifteen security guards wearing British Royal Guard costumes when the PNP-SOSIA arrived to conduct the inspection. The guard were fined Php10,000 each for wearing the unprescribed uniform, payable by the security agency. But if the mall management was the one that asked the guards to wear the costumes, then the mall will be the one to shoulder the payment for the fines.

Aside from this popular mall in Makati, cops also fined the security agency at a mall in Quezon City because the guards were wearing Vatican Swiss Guard costumes.