Home
News
News & Culture
Cops Called after Woman Takes Food from Grocery, Praised after They Paid for the Goods

New York City police officers recently went viral after an act of compassion towards a woman who took something from a grocery store because she was too hungry.

New York City Police Department Lieutenant Louis Sojo and Officers Michael Rivera and Esnaidy Cuevas were patrolling in Manhattan when they were called by the security guard at Whole Foods store at Union Square to report that a woman had taken items from the store.

Upon investigation, the cops learned that the woman had taken three containers of hot food from Whole Foods buffet without paying. The food cost $35, but the woman didn’t have any money to pay for the food she took.

“She told me she was hungry. We decided to say we’ll pay for her food,” Lt. Sojo explained in the subsequent press conference hosted by the police department after the incident went viral.

While she had taken the food without paying, the cops saw that the woman was really hungry. Instead of taking her behind bars, they decided to pay for her food. For them, she was just another hungry human being who was desperate to find food. 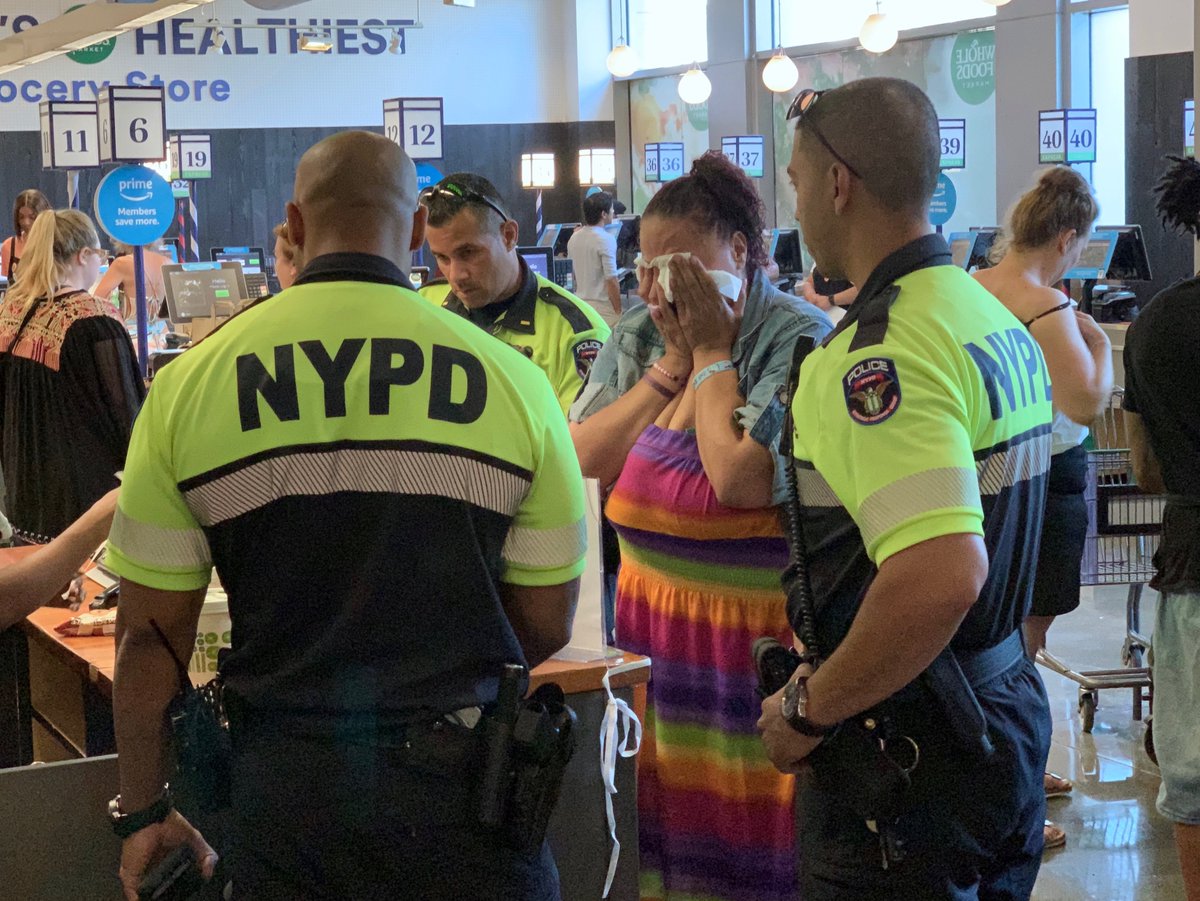 After learning what the cops decided to do, the woman broke down in tears.

“At that moment, she was extremely emotional. She did thank us, but she was pretty much speechless,” Sojo explained.

Customer Paul Bozymowski (@pboz) happened to be at the store when the cops arrived. He was touched by what the cops did – and shared the story on Twitter where it went viral. Netizens were amazed that these cops paid for the woman’s food instead of booking her.

But Lt. Sojo shrugged off the idea that he and his fellow police officers were heroes or that they were doing it for social media likes.

“We’re extremely humbled by this, but we did not do this for attention. I’ve been doing this for 22 years. This is not the first time I’ve paid for someone’s food, and this is not the first time they’ve paid for someone’s food. You don’t do it all the time, but, you look at someone’s face and you that they need you, and they’re actually hungry. It’s pretty difficult as a human being to walk away from something like that,” he explained.

They didn’t even have a conversation before deciding on the matter – they simply got their money out.

What is a Whole Foods Buffet?

The Whole Foods buffet is not your typical eat-all-you-can buffet where you pay a fixed amount for the meal. Instead, you get anything you like and pay a fixed price per pound.