MANILA, Philippines- The printing committee of the Commission on Elections (Comelec) has declared 700,000 spoiled ballots. Despite the possible negative perception by the public, the government agency insisted that it won’t be used for cheating.

According to a report by ABS-CBN News, around 700,000 ballots turned out to be defective after these were miscut. Atty. Genevieve Guevarra, head of the Comelec printing committee emphasized that this wouldn’t cause a problem as the spoiled ballots had been quarantined prior to disposal. 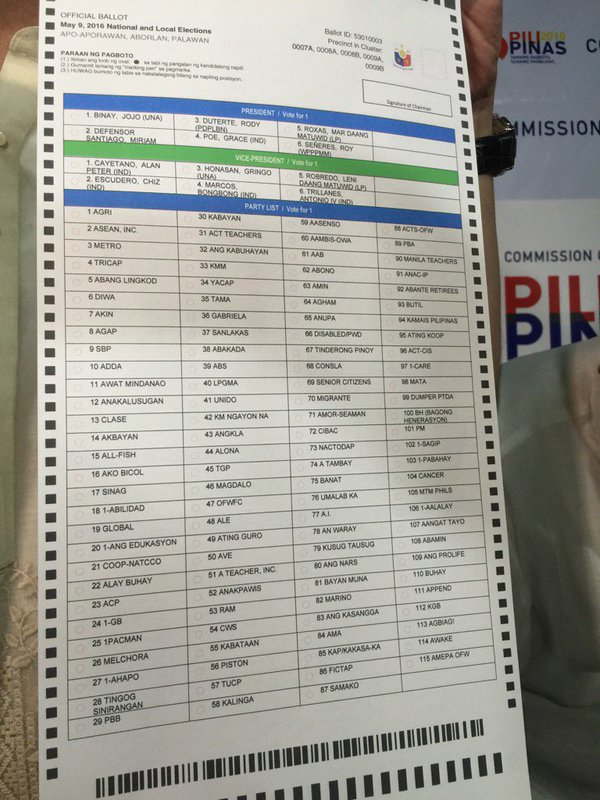 As a security measure, the ballots had been marked so that they will not be fed into any vote counting machine (VCM) during election day.

Atty. Guevarra explained: “Kapag nilagyan mo na ng line yun, hindi na mababasa ng VCM yun. (When you put a line on it, it will not be read by the VCM.) Eventually it will be shredded and disposed of upon the approval of the commission.”

Moreover, the Comelec official revealed that the agency has finished printing all ballots that will be used in the 2016 national elections. The verification procedure, which will make sure each ballot will be recognized by the VCM properly, is expected to finish by April 18.

As of press time, the Comelec only has around 2,000 ballots to be reprinted.

Comelec Finishes Printing of Ballot A Month Before Elections

The Comelec revealed it has printed 56.77 million ballots in record speed on Saturday, April 9, exactly a month before the 2016 national elections.

Comelec Chairman Andres Bautista said that this is the fastest ballot-printing process since the country adopted the automated national elections in 2010.