If you’re a fan of Eat Bulaga’s ‘Kalye Serye’, then you probably know all about Sinon Loresca who plays the role of ‘Rogelia’, the hunky new bodyguard of Lola Nidora. The openly gay comedian has gone viral a number of times for hilarious posts which he said were aimed at overseas Filipino workers (OFWs) so they would feel less lonely in their jobs away from the Philippines.

But Loresca’s popularity has soared this past week after he spoofed the candidates of the recently concluded Miss Universe 2016 pageant which was held in the country.

In 6-inch heels and wearing a daring bikini bottom, Loresca strutted his chiseled body on the catwalk, errrrrr, sidewalk in Miss Universe Fashion. 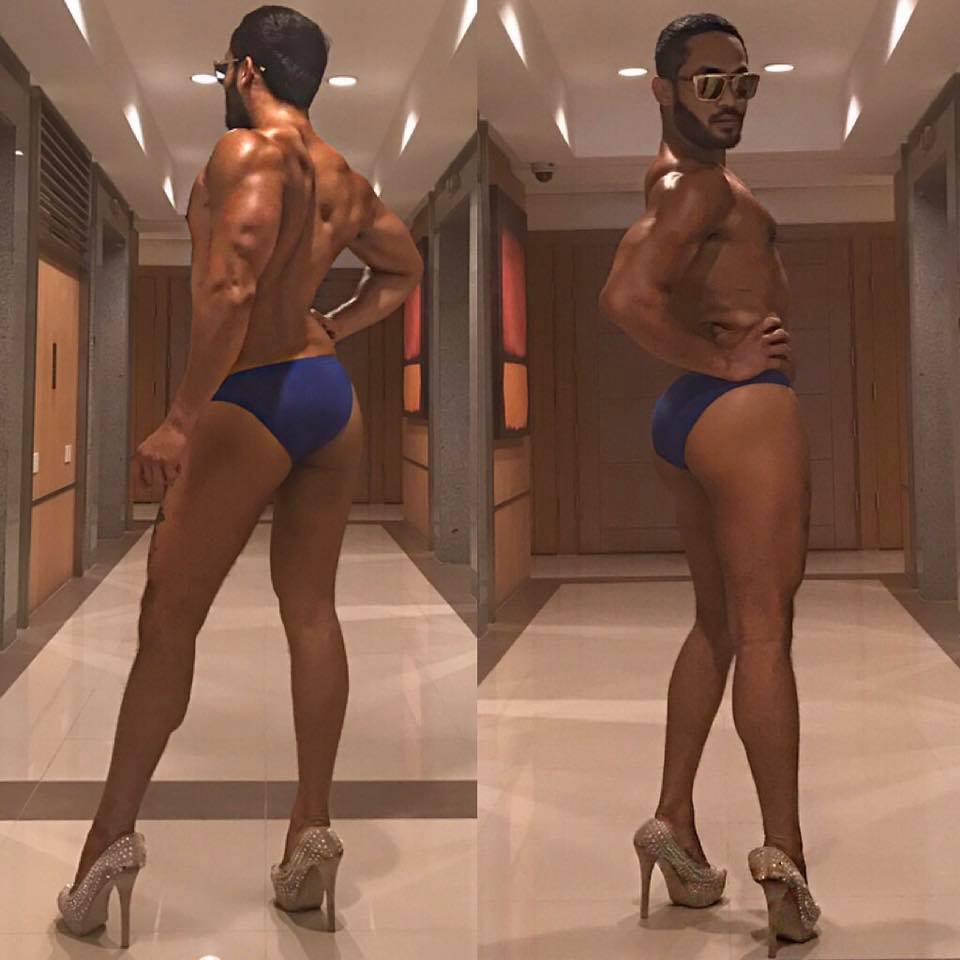 Amazingly, Loresca was actually able to move just like a real Miss Universe candidate – and many of us, ladies, are so amazed he could do that considering that walking on 6-inch heels is definitely a huge challenge but he seems to have nailed it real well!

After his ‘swimsuit competition’ video went viral, Loresca later posted a ‘long gown competition’ version – and it was once again taken at a sidewalk, rather than a catwalk. It really is just for fun but both clips had gone viral not just in the Philippines but even in many countries across the world. This led to Loresca being featured by international magazines like the Daily Mail UK.

To date, the swimsuit version of the video has earned over 6.7 million views on Facebook!

What is Miss Universe?

Miss Universe is one of the four prestigious annual international beauty pageants called “The Big Four“.

Most of those who enjoy joining beauty pageants aim to be a contestant to represent their country in Miss Universe or the three other competitions, namely Miss World, Miss Earth, and Miss International.