A lot of women can relate about the hardships that moms face, especially when the kids are still too small to be left alone by themselves. Understanding this, one college professor went viral for carrying her student’s baby in a 3-hour class, so the mom could focus on her studies while the baby also enjoys a cuddle.

A panicked student texted her one morning, asking permission if she could bring her child to class because she can’t find a sitter. A brilliant young student, she didn’t want to miss another day in class because she had been absent the previous session, for the same reason.

Dr. Cissé readily agreed, telling the student that it wouldn’t be a problem at all.

The student arrived at the 8AM Biology class but was struggling with taking down notes as she held the baby in one arm. With her maternal instincts kicking in, Dr. Cissé offered to hold the child so the student could focus on her lessons. 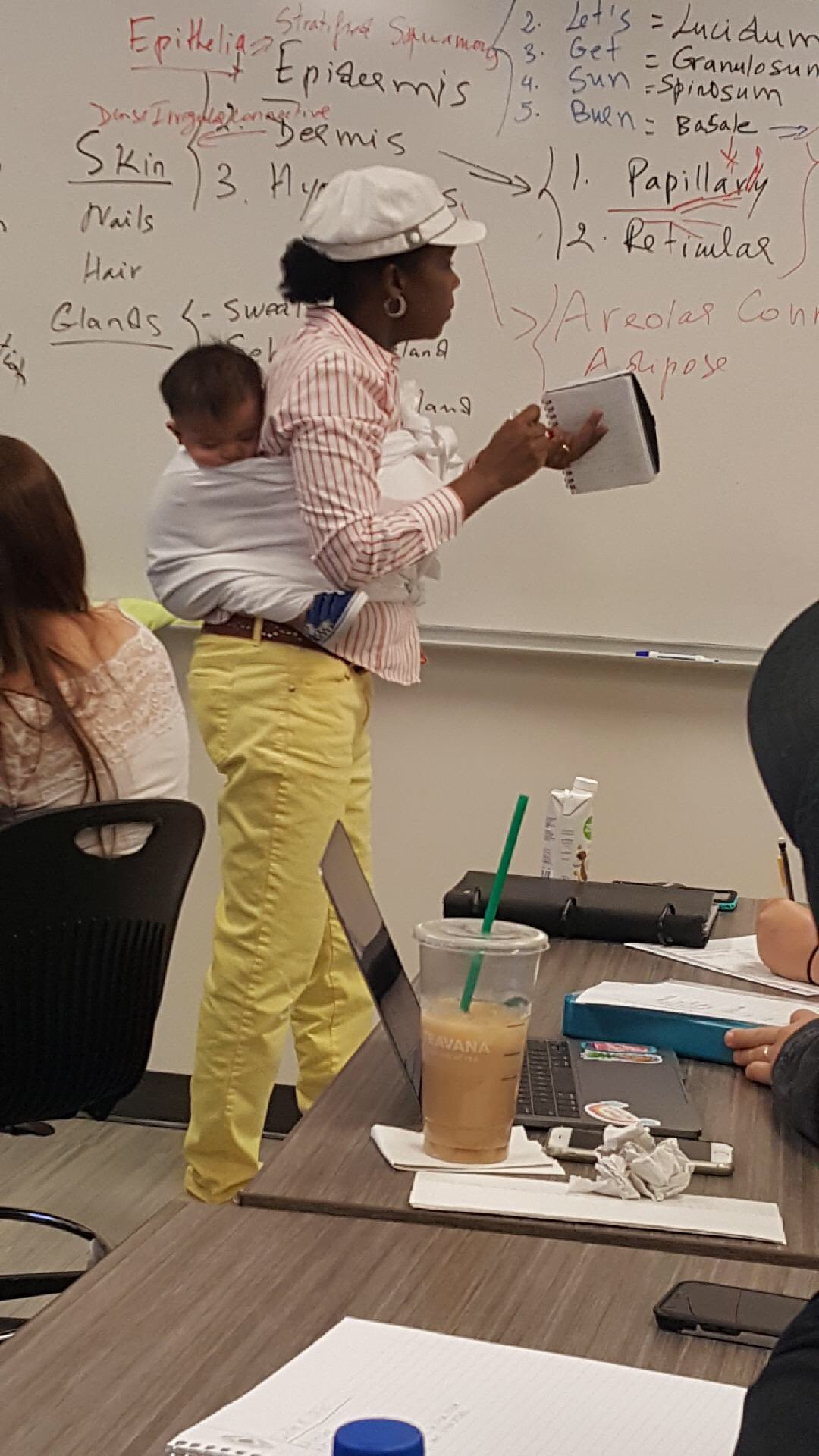 Seeing that the child is sleepy and she also has to continue with the lecture, Dr. Cissé found a way to stra the child to her back.

“In my native Mali, we used sheets and other pieces of fabric to securely carry babies on our backs. My natural instinct was to find a way to secure the baby and I was standing next to a rack with a clean lab coat,” Dr. Cissé shared.

The baby actually loved it! The little guy enjoyed the piggy back ride and slept for nearly the entire 3-hour class.

Moved by her mother’s sweet deed, Dr. Cissé’s daughter Anna Khadejah shared a photo of her mom carrying the adorable little boy while in class. She proudly wrote:

“My mom is my role model.

Her student couldn’t find a babysitter today & being the true African mother that she is, taught a THREE hour class with the baby on her back & fed him.

I’m so blessed to be raised by a woman who loves the world as much as her own children.”

“My decision to help out this student was driven by the school culture with a student’s success being foremost. We do all we can for the student to be successful. I did not want to see her struggling, because as a mother, I know how hard it could be,” she said.

Still, it was truly sweet for her to do this, right?

What is a Role Model?

A role model is someone whose behavior or story of success can be emulated by others who were inspired by his/her story. This can be someone famous or just someone in the neighborhood who exhibits an exemplary life.