Home
Lifestyle
Health
After Collapsing, Chinese Gamer Insists on Getting Back to Game

Playing for 9 hours straight took its toll on a Chinese gamer at an internet café in Lu’an city, Anhui province, China. The gamer collapsed to the floor of the internet café, convulsed, and spit blood.

The internet café employees immediately called for emergency assistance but when the ambulance arrived and the man was successfully revived, he immediately wanted to rush back to his seat – much to the amazement of the rescue personnel and the internet shop staff.

Told that he had to be taken to the hospital so he could be thoroughly checked as he might need further medical attention, the unnamed hardcore gamer refused and reportedly screamed, “Quick help me back up. We’re about to win!” 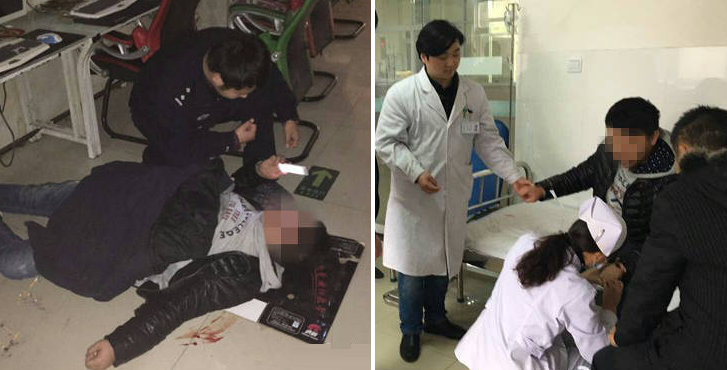 Of course, the emergency personnel did not want him to get back to his game as he needs to be rushed to the hospital! When the man continued to struggle and rush back to his seat, a policeman went to his computer and turned it off – much to the man’s anger.

But he had no choice as he is likely to collapse again if he continues playing!

The gamer was treated at the hospital and was later released after he was declared to be in better condition. The reports did not indicate what he did afterwards but it is quite likely that he rushed back to the internet café to finish the game! Tsk. Tsk. Tsk.

A hardcore gamer is one who plays video games primarily as a hobby. But while most people only spend a few minutes playing on the computer, hardcore gamer readily spend hours playing.

What makes them different from regular gamers is that not only do they spend lots of hours playing, they are also willing to spend big money in the game!