After a long battle with acute myeloid leukemia since she was 13 years old, Laura Hillier, 18, of Burlington, Canada passed away before graduating from high school.

Since she never had the chance to receive her yearbook, her classmates turned her coffin into one as they penned their heartfelt messages for their brave friend.

Laura received different kinds of cancer treatment since she was diagnosed with leukemia but her much-needed stem cell transplant had to be postpone a couple of times even with a donor match because of the shortage of hospital beds inside high-air-pressure rooms in Canada. 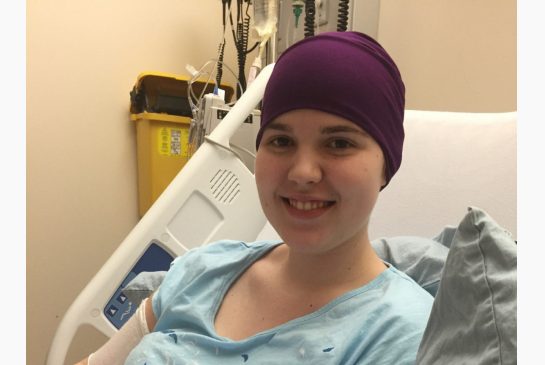 After many months of waiting, her medical team finally got ahold of a high-air-pressure room in August 2015 and Laura immediately underwent surgery. In November, however, Laura’s cancer came back.

She was supposed to travel to California’s City of Hope for more treatments on January 18 but this had to be postponed because of medical complications.

Sadly, she passed away a week later. She was buried last January 30, 2016 but not before her classmates transformed her coffin into a yearbook where they placed their messages. 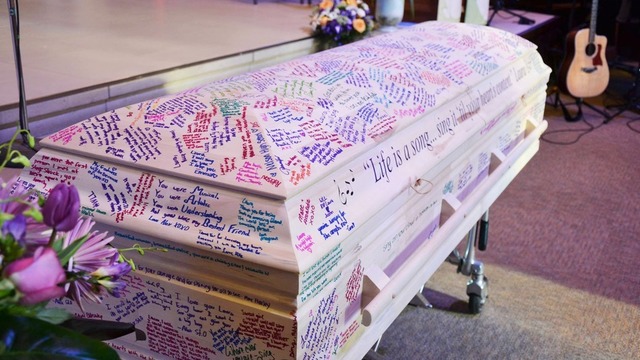 A photo of the message-filled coffin went viral on social media, touching the hearts of netizens.

A school yearbook is a book published every year, featuring the graduating levels of the year. The book is often photographically oriented in that it contains a lot of pictures – individual photos of the graduates arranged according to section or course, often in alphabetical order.

In recent years, however, a lot of schools have stopped producing physical books in favor of online or electronic options.

With physical yearbooks, students (especially high school and college) often pen messages to each other on the pages as remembrance since they probably won’t be seeing much of each other after the school year has ended.