What would you do if your wallet has been stolen and then you get to catch the man responsible for stealing it? Would you immediately report the culprit to the police? Would you try to get even?

For Jessica Reaves, the answer is to talk to the crook and then pay for his groceries instead.

Reaves, a “mother of four and leader of a Christian outreach team at her church in Guthrie, Oklahoma,” according to ReshareWorthy, was simply shopping at the local grocery store when she realized her wallet was missing. She immediately thought the man who was standing close behind her was the guy responsible for it. 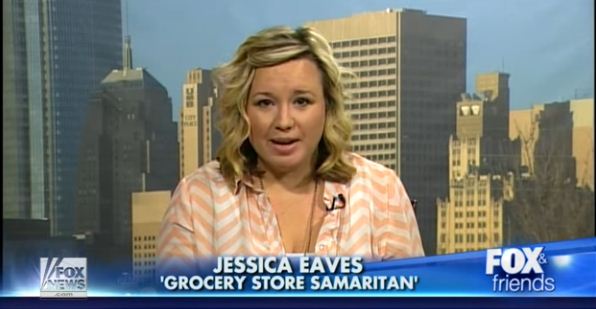 She approached him and said something totally unexpected. She said:

“I’m gonna give you a choice. You can either give me my wallet and I’ll forgive you right now, and I’ll even take you to the front and pay for your groceries.”

Or she would report her to the police.

The man reached in his pocket and returned Reaves’ wallet. He then began crying and repeatedly apologized to her in embarrassment. “‘I’m broke, I have kids, I’m embarrassed and I’m sorry,’” he said.

When they got to the checkout counter, the man’s groceries amounted to a little over $27 – exactly the amount of cash Reaves had in her wallet. 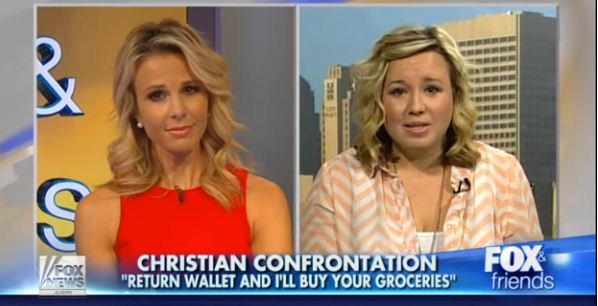 “I never carry cash. When I got to the check-out counter that day his (robber’s) total was just a little over $27 and I had $28 in cash in my wallet. And so I knew in that moment it wasn’t me. It was Christ that played in that moment.”

What Are Christ’ Teaching About Loving Others?

Perhaps one of the most difficult commandments taught by Jesus Christ during his mortal ministry was for his followers to love others – including those who do bad things to them.

In the New Testament, Christ said:

“But I say to you who hear: Love your enemies, do good to those who hate you, bless those who curse you, and pray for those who spitefully use you.