A young Chinese woman has shocked passersby at Wulian Square in Hangzhou, China after offering herself as a human target in order to raise funds for the treatment of her cancer-stricken sister.

The woman identified as Ji Jianli stood under a sign that says: “Human target $1.50 per arrow!” giving passersby opportunity to shoot her with an arrow. 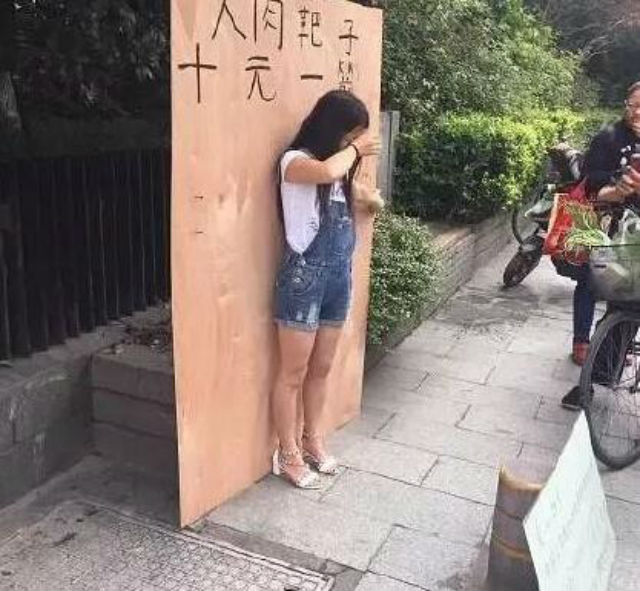 Apparently, the dangerous fundraiser was Jianli’s desperate attempt to raise funds for her sister Ji Jiayan, who is suffering from acute leukemia.  The poverty-stricken family needs to come up with almost 500,000 yuan or $76,000 in order to have Jiayan treated.

Jianli took the desperate move because aside from getting money from interested passersby, she also wanted to catch the attention of netizens in China hoping that they could help her raise funds. Although they made previous attempts to get the media’s attention for help, everything had been unsuccessful.

Since her sister had been diagnosed with cancer a few years ago, Jianli’s family has been heavily in debt. Making the situation even more difficult for the family was their father’s passing last year. Because of this, Jianli and her 42-year-old mother had no choice but to become breadwinners of their family.

The heavy burden of her illness has caused Jiayan to run away from home and leave a note telling her mother that what she was doing was best for them all.

But with Jianli’s determination to help her ailing sister, her dangerous stunt may probably be enough to raise enough for the cancer treatment of her sister.

In recent years, some family members have resorted to giving out free hugs, dressing as an animal, cross-dressing and even selling sex-dolls in order to raise money for the cancer treatment of their loved ones.