A Chinese woman attempted to smuggle a stolen diamond worth $278,000 out of Thailand by swallowing it.

The 39-year-old woman identified as Jiang Xulia was able to steal the six-carat diamond by switching it with a fake gem at the Bangkok Gems and Jewellery Fair in Nonthaburi, Thailand. 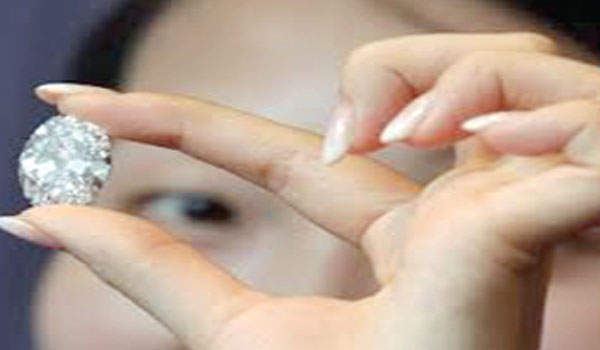 Xulia then attempted to leave the country undetected by swallowing it.

However, Xulia was caught by investigators at the Suvarnabhumi airport in Bangkok when her x-ray revealed the diamond lodged in her gut. Xulia and a 34-year-old Chinese man she was travelling with were then arrested.

Xulia even had to undergo a procedure to dislodge the gem as laxatives weren’t able to expel it out of her body. Doctors had to use a colonoscope and instruments to extract the gem from Xulia’s lower intestine.

“It took 12 minutes to extract it. It’s a normal surgical procedure except this time there was a 10-million-baht diamond involved,” Anchulee Theerawongpaisa, a spokeswoman of the Police General Hospital said.

Xulia has since recovered from the procedure and will appear on court this week. If convicted of the crime, the couple may face up to three years in prison.

In 2012, a 32-year-old Chinese visitor was arrested by the Sri Lankan police after swallowing a diamond worth $13,000 during a gem exhibition in the country.

A report by BBC revealed that the man was spotted swallowing the gem after getting it from a display cabinet. According to the police, the suspect asked Suresh de Silva, the owner of the gem, for a close inspection of the diamond.

“He… appeared to be appraising it and suddenly put it in his mouth,” an unnamed police told AFP.

Although the man was taken to the hospital to be given laxatives, it is still unknown whether the diamond has been recovered.