Let’s just say that social media has relentlessly put pressure on dudes to come up with one-of-a-kind marriage proposals.

Take for example this young man from China who decided to propose to his would-be-bride in the “sweetest” possible way. 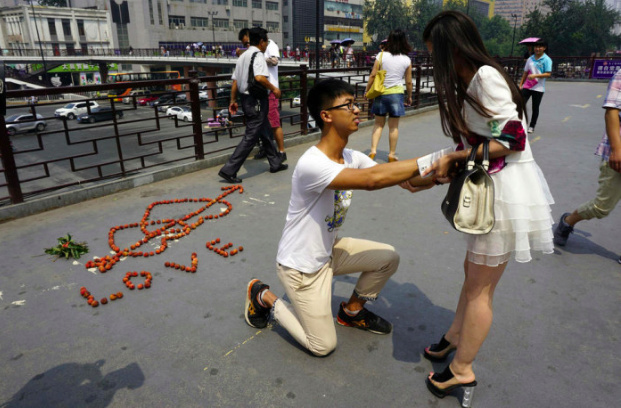 The creative 24-year-old guy from Xi’an laid out lychees in the middle of a busy foot bridge to show his undying love for his 23-year-old sweetheart. Allegedly, he spent 2,000 Yuan or $322 on lychees for his “masterpiece”. 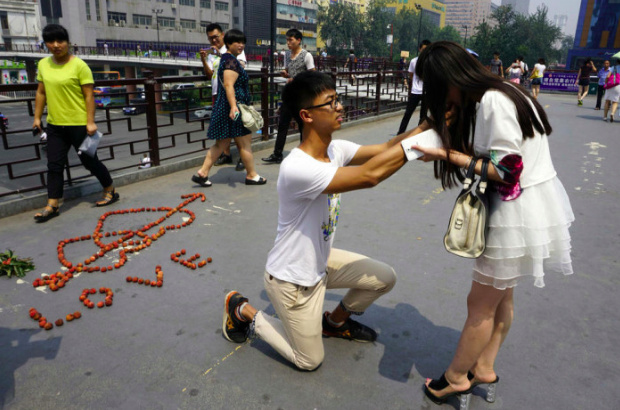 Identified as Dong, the man used his girlfriend’s favorite fruit to come up with love hearts intertwined with Cupid’s arrow. He capped his lychee-centric proposal by getting down on his knee to pop the question. 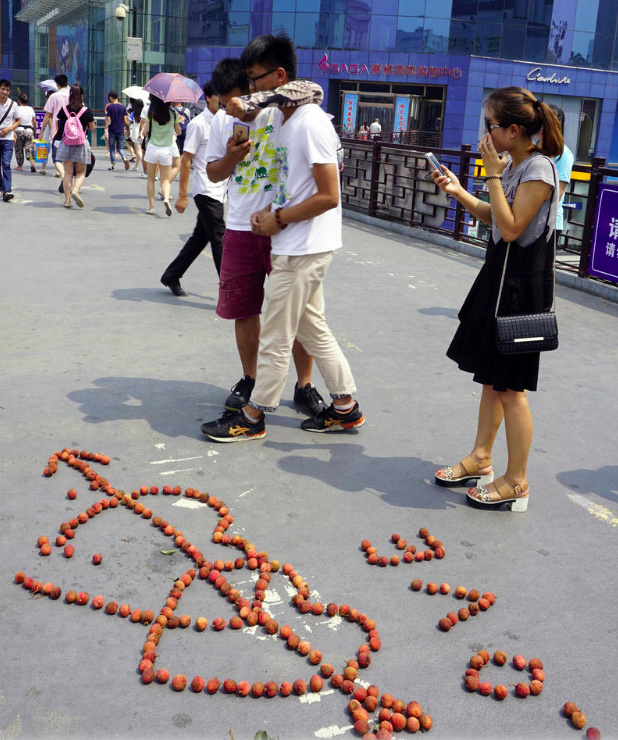 “My dearest, I don’t have a house, a car or a lot of money, but I have true love for you. I can use it to provide you with happiness. Will you marry me?” Dong asked the love of his life.

As everyone would expect, Dong’s sweet gesture didn’t impress his girlfriend of three years.

Instead of saying “yes”, the woman took one of the lychees, tasted it and quickly left the scene.

Dong, who told reporters he was rejected because his girlfriend thinks they are too young to get married, said he remains optimistic despite the bitter turn of events.

“My heart is bitter but I will get her back. We are meant to be together,” he told the local media.

Commonly growing in tropical and subtropical countries in the world, lychee is a fruit that has been cultivated in China for more than 4,000 years.

Here are some of the health benefits of lychee, according to Organic Facts.