Did a time traveler or jumper rip through the space-time continuum and walk through the closed door of a convenience store (while also making the CCTV camera timer go bonkers the whole time he was there!)?

Well, as suspicious as that might seem, this incident supposedly happened in a convenience store. The time stamp of the CCTV camera shows that this supposedly occurred last January 30, 2016.

At the start of the now viral video, a homeless guy could be seen lying at the wall opposite the CCTV camera while the store door visibly shows a lit-up “CLOSED” sign. A young couple even appeared on the screen but walked away upon seeing the closed sign.

Then, a hooded figure of a guy appears; he did not seem to mind that the store was closed. Looking straight ahead, he walked towards the convenience store and through the closed door! 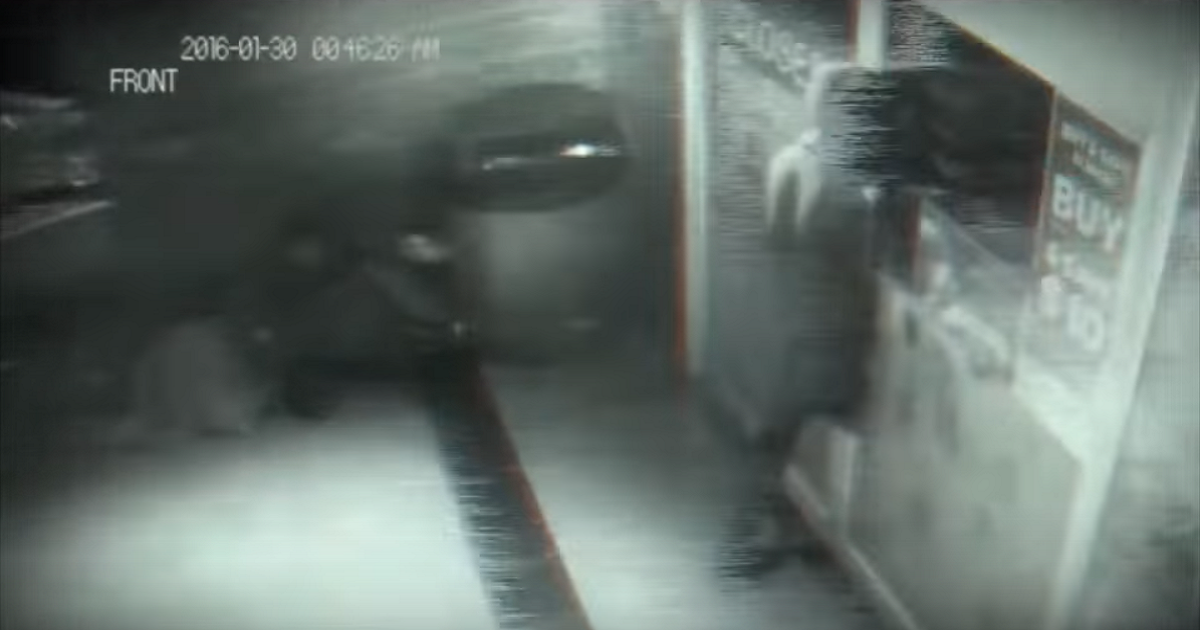 Screenshot of video by UFO mania

Once inside, the lights could be seen flickering throughout the time he was inside – and the timestamp on the CCTV camera repeatedly flicked between 2016 and 2019, supposedly signifying that this guy was a jumper!

After a few seconds, the guy goes out of the store as casually as he had gone in – with the door still closed! He appears to be eating something from the store but was as nonchalant as he had been when he entered.

It was only after he was out of the camera’s lens that the timestamp stabilized on the screen.

But while many believe that this was for real, there were (as always) a lot of skeptics who said that this was certainly a huge fake. They pointed out a lot of things that made this video scream “fake!”, especially the supposed actors (as in the homeless guy, the couple, and the hooded guy, of course) and the ‘special effects’ used to make the guy appear to go through the closed doors.

What do you think of this video: real or fake?

Just like photos, it is now quite easy to edit videos these days, especially for those who already have a background in creating and editing videos using various software available on the web.

With video editing, special effects can be used to make people appear to fly or even pop out from nowhere and simply appear on the screen even if they were not there mere seconds before. This is one of the many reasons why netizens are often skeptic about videos like the one above, often suspecting that these are merely edited clips.