Calling De Lima a “biased” committee chair, Cayetano said the former Justice Secretary has an apparent perception that the government is already “guilty” even if the hearings on extra-judicial killings are ongoing. 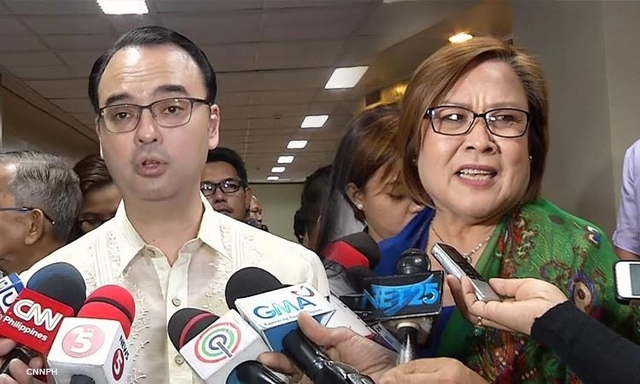 (In the mind of Senator De Lima, the administration is guilty. How will they give it a fair hearing?)

Cayetano is hoping that De Lima will re-schedule next week’s Justice Committee hearing on September 5, as a sign of support for the country since Duterte will be attending the the Association of Southeast Asian Nations (ASEAN) Summit in Laos, from September 6 to 8.

Gascon earlier stated that the International Criminal Court (ICC) may try the Philippines regarding extra-judicial killings if the government fails to prosecute alleged vigilantes. According to Cayetano, the ICC cannot try cases on drug-related killings in the Philippines since there is no proof that the crimes are state-sponsored.

“Parati niyang sinasabi na we will operate within the confines of the Constitution. We will respect the bill of rights, respect the rule of law,” Cayetano defended President Rodrigo Duterte.

What is the International Criminal Court?

The International Criminal Court (ICC) is an intergovernmental organization and international tribunal that has the jurisdiction to prosecute individuals for the international crimes against humanity, crimes of genocide, as well as war crimes. It has began functioning in 2002 and is based in The Hague in the Netherlands.