Do you have cats at home? People who own cats will tell you that while they do look adorable, they aren’t as emphatic as dogs. Cats are often viewed as indifference and are the last you would expect to save you in times of danger – but are we really just underestimating our spoiled felines at home?

One cat has recently gone viral after he tried he launched a frantic rescue operation after finding his human ‘drowning’ in the tub.

In the video shared by YouTube user music download fun, the feline could be heard meowing frantically, doing its best to formulate his plan for the rescue operation of his master. Of course, many netizens would point out that the woman wasn’t really drowning at all but the cat could not understand that – and this must be the first time he saw his human in the tub of water. 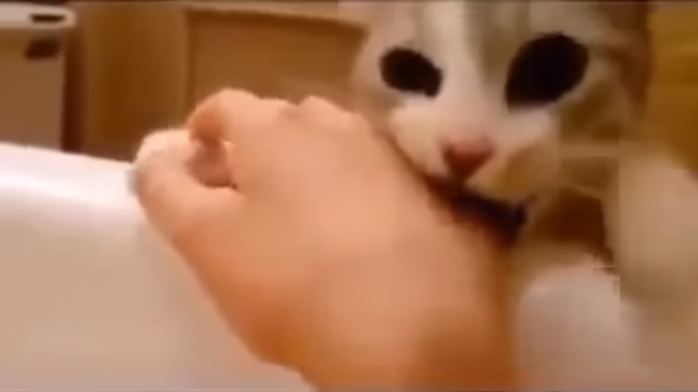 Known to be afraid of water, the cat was understandably hesitant to jump in – but this did not stop the poor creature from trying its best to save its human, anyway.

It jumped on the edge of the tub and made a move to grab its mistress using its mouth, pulling on its human’s hand with all its might. We’re quite surprised the woman didn’t have bite wounds on her hand after that!

A lot of netizens found the video adorable but many also commented that the woman was torturing the cat, allowing it to feel afraid and thinking she was drowning when she was just alright. Many people think this was some form of abuse but others just said it was hilarious.