This short dance video recently went viral on social media for a very good reason. The clip features a cancer patient, accompanied by her friend, showing her moves and simply spreading some cheer.

The video stars Ana-Alecia Ayala and Danielle Andrus, her ‘chemo buddy’, dancing at the Baylor Cancer Hospital in Dallas, Texas.

Ayala wrote on Facebook, “Who says cancer and chemo have to get you down? We’ll have the last laugh! We want to show the world that dancing and laughter is the BEST medicine.” 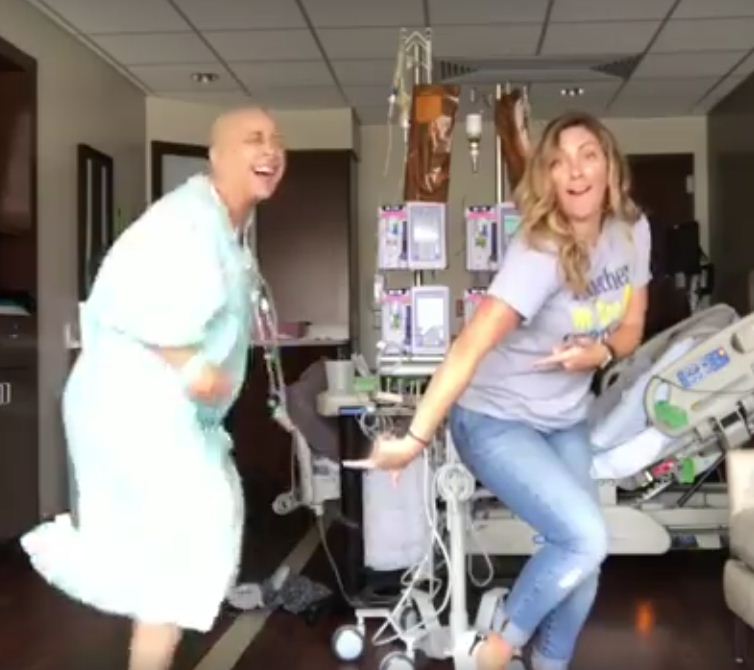 Ayala suffers a “rare form of sarcoma,” according to SunnySkyz, but she definitely is setting out to prove that “even the deadly disease can’t keep her spirits down.” 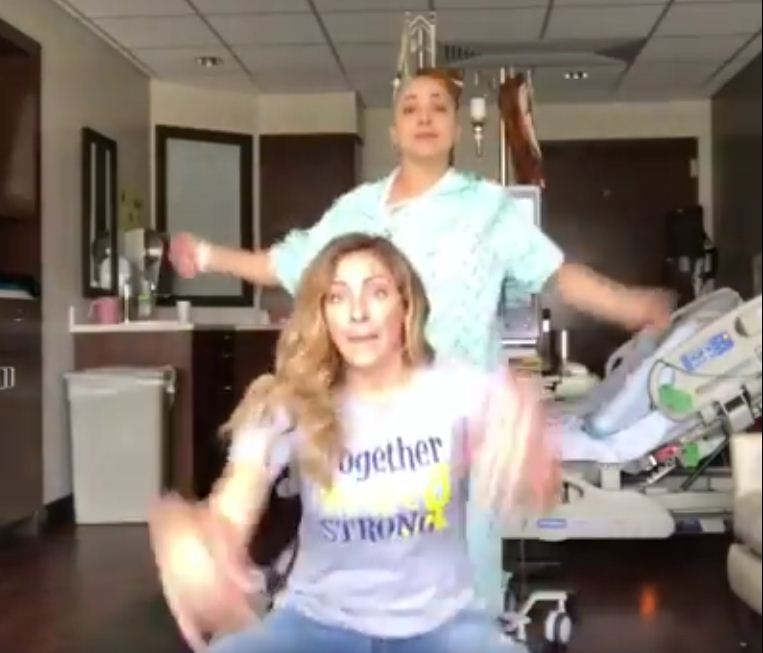 In an interview with FOX 4, Ayala also said:

“We just wanted to inspire and motivate people in my position to not see cancer as such a depressing, sad, death sentence.

“We also wanted to encourage people/loved ones/caregivers to get out of their comfort zones (as my chemo buddy Danielle did for me) and laugh, sing, dance through the pain! Laughter has really been the best medicine for me!”

“Sarcomas are rare cancers that develop in the muscle, bone, nerves, cartilage, tendons, blood vessels and the fatty and fibrous tissues.

“They can affect almost any part of the body, on the inside or the outside.

“Sarcomas commonly affect the arms, legs and trunk. They also appear in the stomach and intestines as well as behind the abdomen (retroperitoneal sarcomas) and the female reproductive system (gynaecological sarcomas).”

“Sarcoma is very rare, and much more research needs to be done to fully understand how these cancers develop and how best to diagnose and treat them.

“People can survive sarcoma if their cancer is diagnosed early, when treatments can be effective and before the sarcoma has spread to other parts of the body. It is vital that patients be referred to a specialist sarcoma team as early as possible.”