Palawan is among the top destinations in the Philippines, receiving thousands of tourists every month but while many of them go back to their own hometowns and only take the memory of their trip with them, one tourist is giving back something for the hospital that treated him well after he met an accident during his trip.

John Abou Samra had a great time in Palawan when he visited last June. He spent days in El Nido and would later go to Coron.

Just like many tourists who visit Coron, he took a tour of the island and went to Kayangan Lake. But he did not expect that his happy vacation would suddenly turn into a bad experience when he met an accident.

He would later show a photo of him standing in front of the lake just moments before the accident. 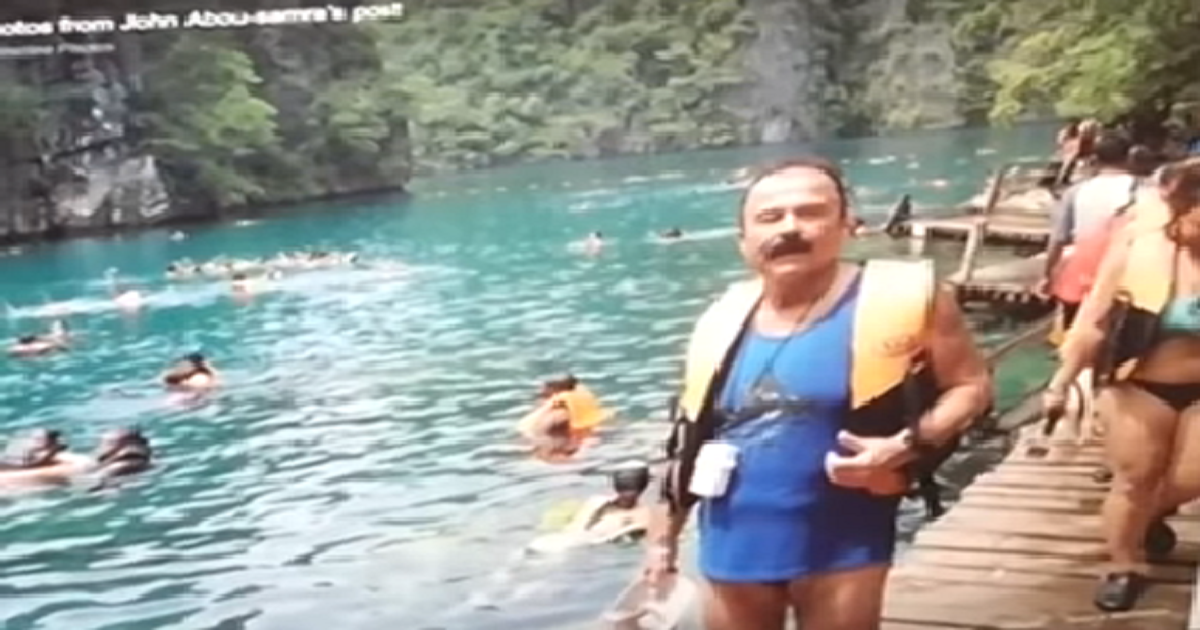 According to Samra, “I asked someone to take a picture of me, and then after she took picture, I moved to this side to sit down. While I moved, two of this wood, they split, and my right leg sank between them up to my hip. Until now I still have the pain.”

He was brought to Coron District Hospital for treatment and x-ray.

“Two nurses took care of me in a way I could not imagine, plus in the half an hour I stayed in the hospital, I heard the word ‘sir’ more than 25 times. Even when I was wearing something very casual; I looked like a homeless person, they never stopped calling me sir,” he recalled.

The experience was etched so much in his mind that when he got back to Canada, he messaged the hospital as to what he could give them in return for the services they had so wonderfully given him.

Samra who is actually a bus driver in Canada said that he was planning on going on a world tour when he retires but decided it was best to use the money to buy equipment for the hospital instead.

He will still be traveling but only to the Philippines where he is set to personally deliver the donations in late September.