It looked like a scene straight from an action blockbuster film but no, this actually happened in real life.

In a video captured by prison guards, two Canadian inmates attempted an epic jail escape with the help of a helicopter. The clip, however, was more hilarious than impressive since the two guys clearly struggled to get out of the place ad miserably failed each time.

Apparently, the incident happened in St-Jérôme Prison in Quebec, Canada about two years ago and the footage recently surfaced because of an unrelated trial for Bejamin Hudon-Barbeau, one of the escapees. 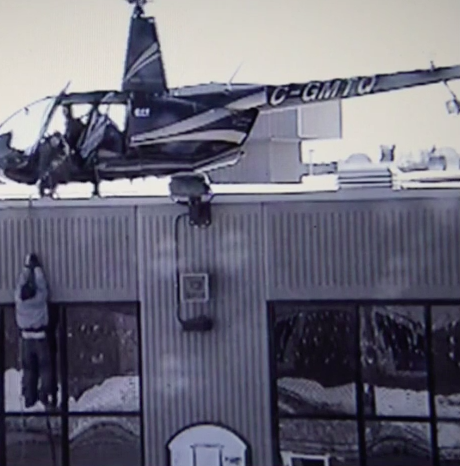 The prisoners made headlines as Hudon-Barbeau and Danny Provencal, the other inmate, attempted the daring escape. Now the original footage has been released to the public and has been making rounds on social media as various websites such as Unilad picked up on the story.

It would have been a perfect escape since the two armed accomplices first posed as tourists in order to hijack the chopper. Eventually, they forced the pilot to come closer to the prison’s roof so they can get the passengers. 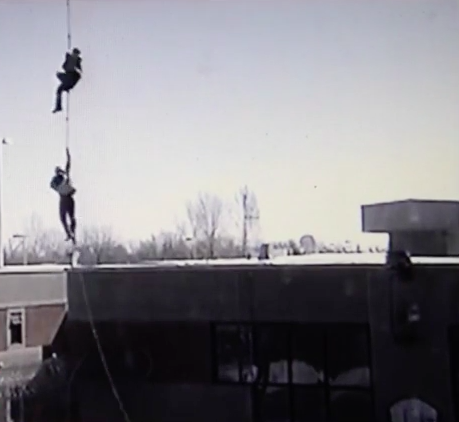 The problem, however, is that the inmates really had a hard time scaling the side of the building so they had to rely heavily on the rope.

The video has been posted in several parts in YouTube and you can watch the first one below.

In an interview with Sky News, the guards confessed they didn’t have guns at the time of the escape and so they did not engage. They had no choice but to watch the armed men take the prisoners. After several hours, however, the duo was caught and later charged for escaping prison and hijacking, adding two new crimes to their previous offenses.