A Korean man who looks like he’s just about to enter puberty has captured the attention of netizens after his photos went viral on social media. Although he looks like an average elementary student because of his chubby cheeks, relatively short stature, and high-pitched voice, Shin Hyomyung is actually 26 years old. 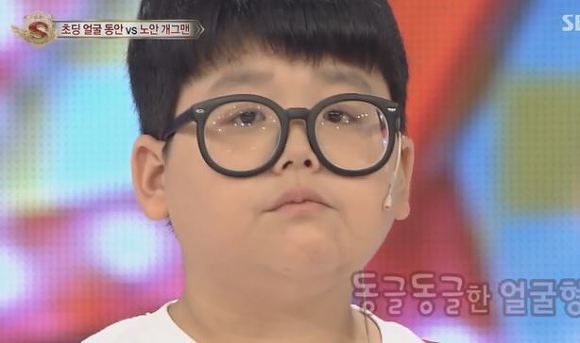 Believe it or not, Shin Hyomyung’s identity card states that he was born in 1989. 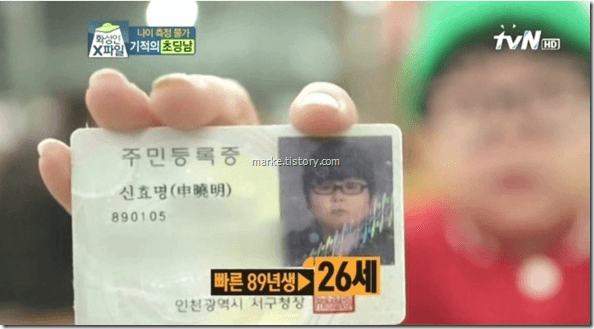 Recently, a local TV show featured the young-looking Korean who showed the a sexy picture of Scarlett Johansson inside his bedroom. He was also seen drinking alcohol and partying at a club where women pinched his cheeks. Shin also went out on a date with an attractive young woman who was shocked when he told her about his real age.

We certainly can’t blame the girl since Shin still looked like a kid even after undergoing a makeover.

According to a report by Singapore Seen, Shin aged normally during his childhood. However, his development seemed to “have slowed to almost a halt” when he entered his teens.

Reportedly, Shin suffers from a rare condition that prevents him from aging normally. Doctors claim Shin is in good health despite his condition.

Girl with a Mysterious Condition Caused Her to Stop Aging

Aside from Shin Hyomyung, an 8-year-old girl from Montana seems to be suffering from a similar condition.

Weighing only 8 pounds, Gabby Williams still looks like a newborn baby. In fact, her parents need to feed her multiple times a day and even change her diapers. Even her skin remains soft as a baby’s.

“She has gotten a little longer and we have jumped into putting her in size 3-6 month clothes instead of 0-3 months for the footies,” Mary Margret Williams, Gabby’s mother, told ABC News.

Scientists have not coined a name for Gabby’s condition but they are hopeful that the girl’s case will help them find the key to “biological immortality”.