Just like people, cats have different temperaments and moods. Some can be so super clingy at times while others might not care about getting close to people. But would you do if you have a super clingy cat who keeps on following you around and not letting you do anything?

From Shy to Clingy Cat 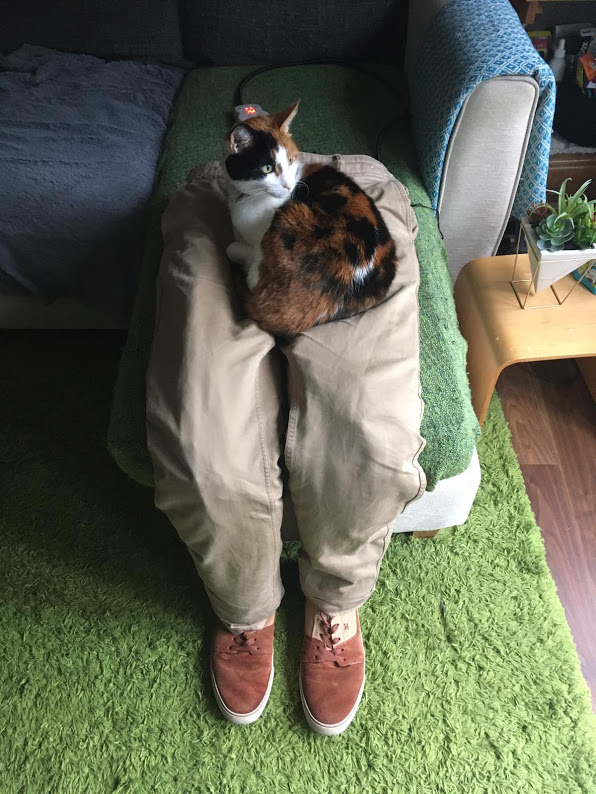 One couple managed to find a way to trick their super clingy cat with a fake lap to sit on after a long time of trying to figure out how to make it stop bothering them at work. What’s even more hilarious is that it worked! 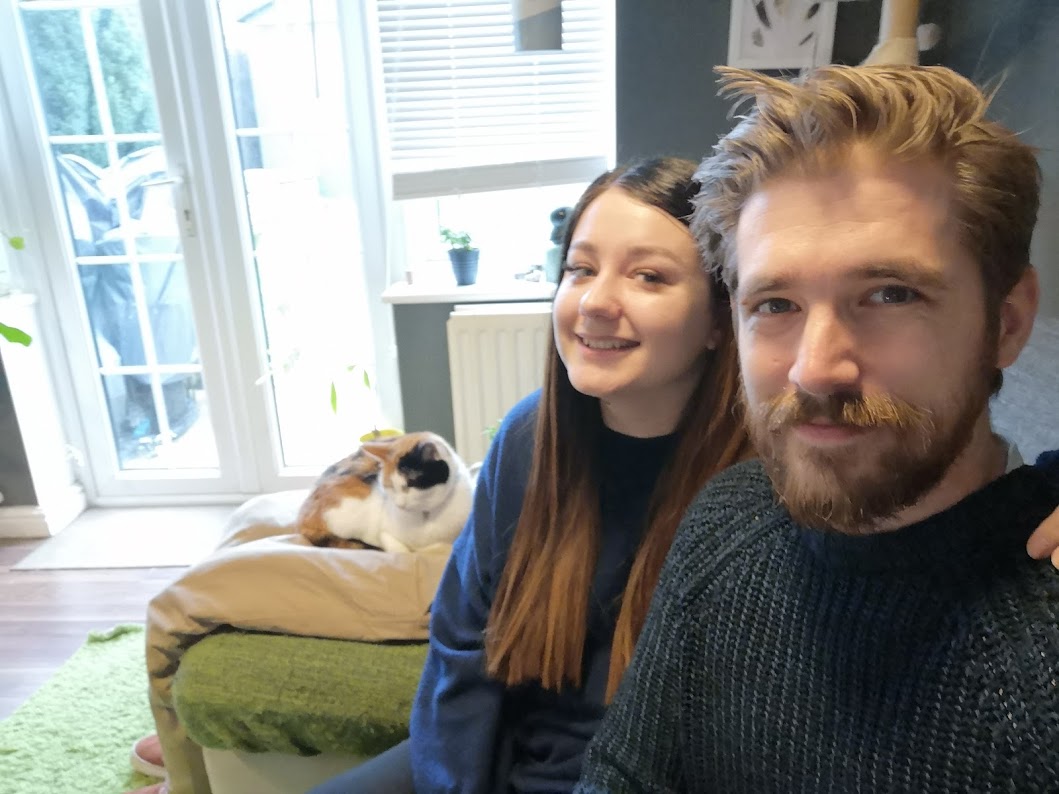 When Rebecca May and her husband, Alex, adopted Ziggy and brought her to their home in London, she was too shy. But as the weeks passed, the cat became super clingy and would follow her humans around the house. She probably feels that she shouldn’t let these kind people out of her sight else they might disappear.

While the couple found that cute, it would soon be a bit of bother to them as they both work at home. Ziggy would constantly try to wiggle her way on their laps or even on their desk and laptop. They bought her a cat bed, but she wasn’t so interested in that; she would leave the cat bed for the more comfortable human lap.

At some point, Alex had this hilarious idea of creating a fake lap for Ziggy. He stuffed a pair of pants to resemble human legs, added shoes, and let it ‘sit’ on the couch with a pillow as ‘tummy’. He added a heating pad into the lap part. It worked like magic! 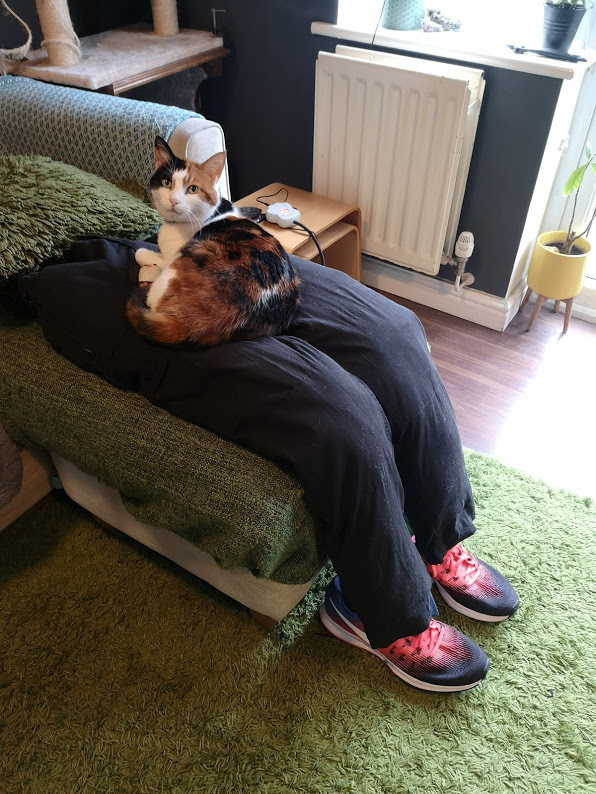 “[Alex] thought that creating a decoy would be funny, but I don’t think he expected it to actually work. Harley [Ziggy’s sister] was totally uninterested, but Ziggy loved it. She needs warmth and to feel protected, we think,” Rebecca said. 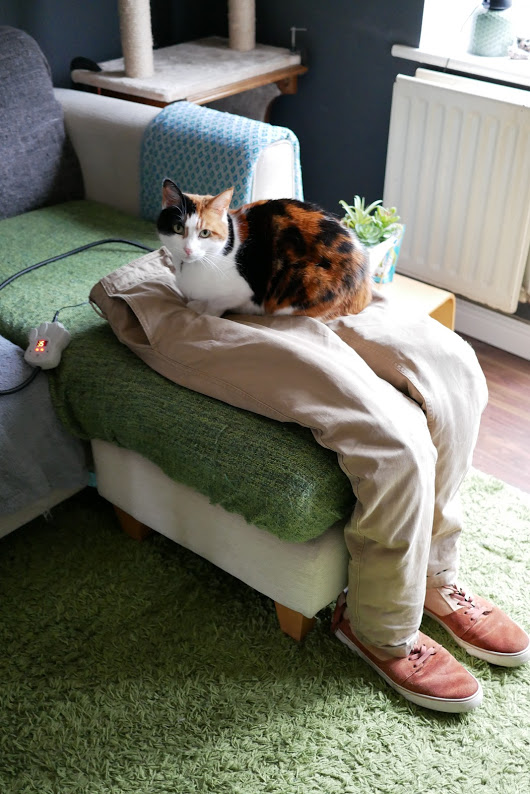 Other cat owners thought it was a genius idea! Many plan to also do it at home… 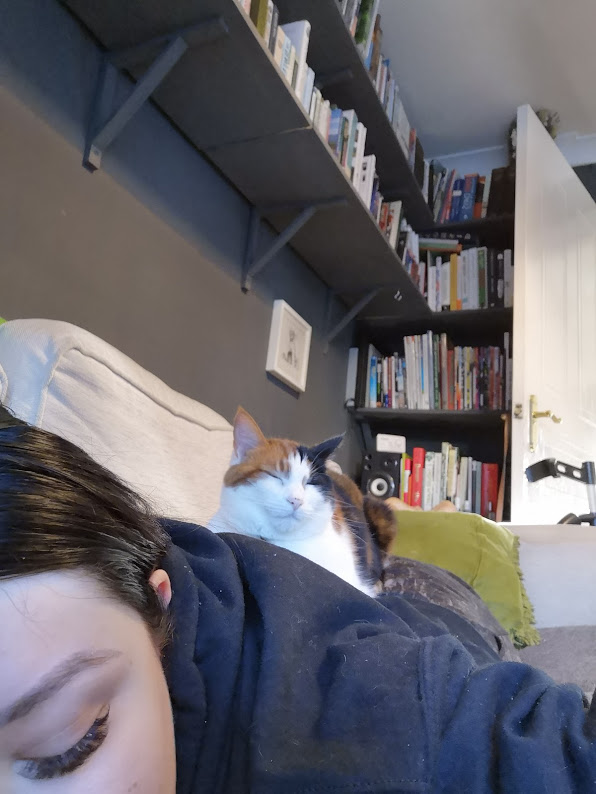 A heating pad is a pad used for warming of parts of the body, often to help manage pain. There are different types of heating pad, including hot water bottles and chemical or electrical pads.