Home
Lifestyle
Bullied For His Physical Appearance, This Man Proved To Them That He Can Finish Studies

The acquisition of knowledge through education is one thing everybody values.  We believe that through education, we will be able to reach our dreams, meet our goals in order to be successful in the future.

But it will take determination and perseverance for someone like Benedict who was bullied most of his life because of his physical appearance. 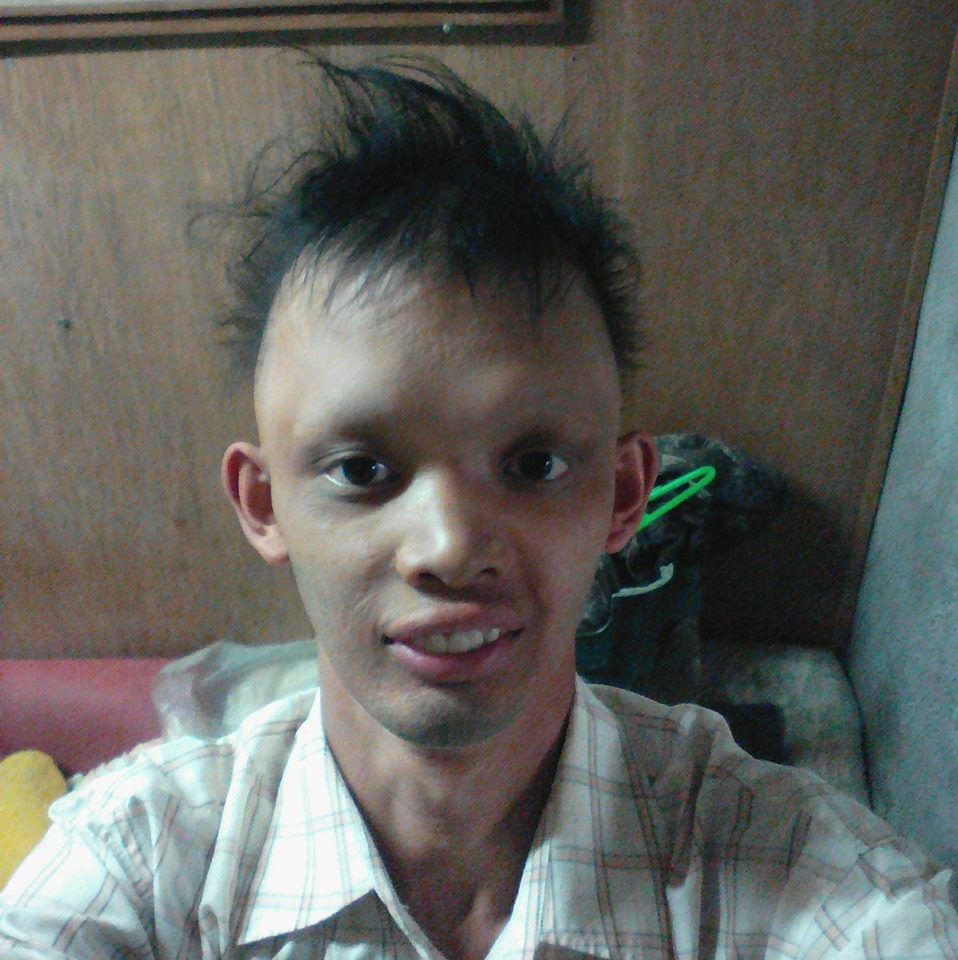 Benedict Serra Elijorde took this bullying on him as a challenge and proved everyone that it will never hinder him from graduating in college.  He made them an inspiration and as  his stepping stone for  in preparation for a brighter future.

Benedict graduated Bachelor of Science in Information System from University of Caloocan last May 10, 2017.

Instead of firing back, he posted his graduation picture with a caption intended for those who were bullying him on his Facebook account. 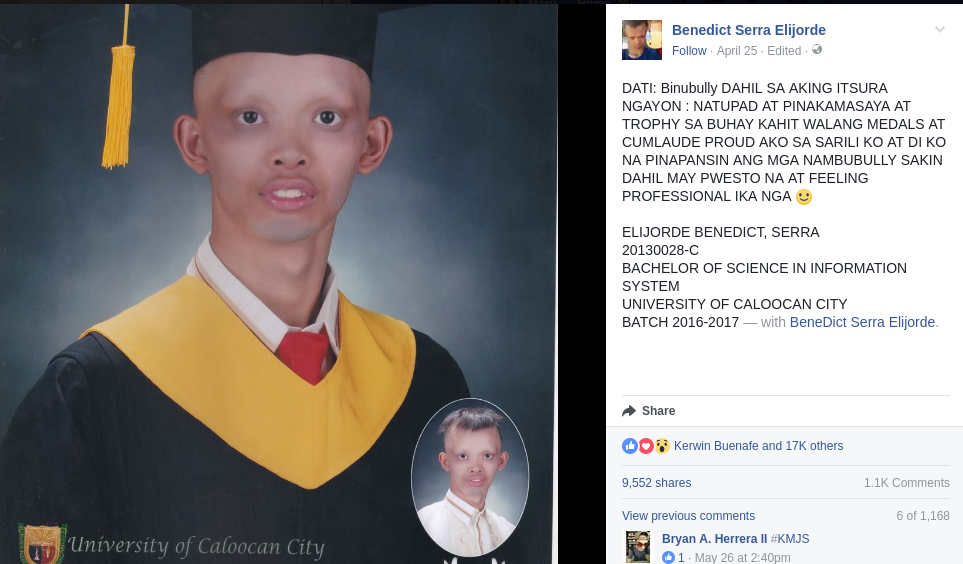 After graduation, Benedict hopes he will be able to land to a good job because his father is jobless. He said life is difficult but his friends assured him that he can do it if he will just hold on to his faith.

According to his friends, he always has a positive attitude and is really determined to make it good in all that he do.

One thing that he can hold on to even if he was bullied all his life is the fact that he has a family that supports him and good friends around him who didn’t made him feel less than others.

Benedict may be physically different from all of us, but he deserved to be treated well.

He did not mind the people who hurt him, instead, he just showed what an educated man should be.

May he served as an inspiration to many especially to those who were victims of bullying.

Isn’t this his sweet revenge?