A footage showing a group of Brazilian construction workers recently went viral online. In the video, the men found a gigantic anaconda in a cave.

The massive serpent measured an overwhelming 33 feet in length and weighed 63 stones, according to a report by Unilad.

According to the site, the creature was “found after the workers carried out a controlled explosion in the Cave of Altamira in the northern state of Para.”

The video embedded below gives us an idea how humongous and terrifying the snake is. Many of those who saw the video eventually commented that the anaconda might possibly be the “world’s largest.” 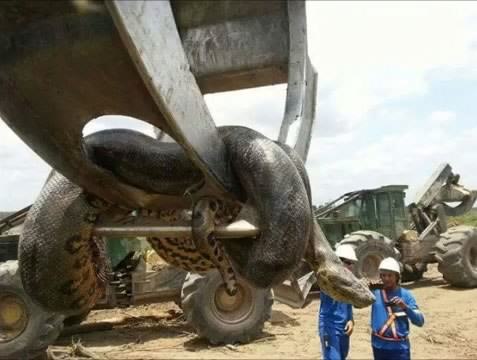 The men later decided to restrain the snake with some chains and put it up a crane – and netizens were pretty much divided about that.

As Unilad wrote, “the move has sparked a fair bit of controversy and anger amongst animal lovers, claiming that there was no need to chain the snake up to a crane.” 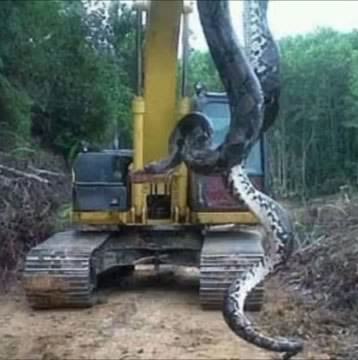 Others also said that the serpent may have died “either during the explosion or afterwards considering the snake’s head is rather flat.”

What Is An Anaconda?

“Anacondas,” according to LiveScience, “are semiaquatic snakes found in tropical South America.”

The site also goes on to say: “Anacondas are some of the largest snakes in the world and are known for their swimming ability. “Anaconda” is the common name for the genus Eunectes, a genus of boa. Eunectes means “good swimmer” in Greek.”

Bill Heyborne, a herpetologist and professor of biology at Southern Utah University, said there are four recognized species of anacondas namely the green anaconda, the yellow or Paraguayan anaconda, the dark-spotted anaconda, and the Beni or Bolivian anaconda.

Heyborne explained that anacondas “can be differentiated from one another genetically, but also based on their size and geographic range.”