Getting sick with vitiligo could be quite embarrassing, especially to young kids who might get bullied for the patches that appear on their skin. One boy experienced that but has since cheered up after meeting a dog with the same condition.

It was back in kindergarten when now 8-year-old Carter Blanchard of Searcy, Arkansas was diagnosed with vitiligo. The condition greatly affected his face and progressed so fast that the boy was soon embarrassed to go back to school, afraid that his classmates would laugh at him.

Mom Stephanie Adcock revealed, “He was at a big school with a lot of kids, and his face was transforming very quickly. The first thing he’d tell me when he got in the car is that he hated his face and hated the way he looked.” 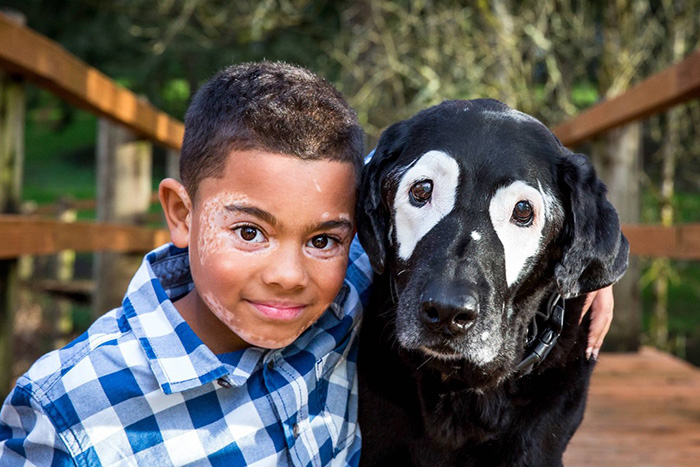 Since there is currently no cure for the condition, Carter felt depressed about his condition. But after researching about Carter’s condition and finding support groups on Facebook, Stephanie chanced upon a dog who happens to have the same condition!

Stephanie wrote the owner of Rowdy after finding the dog’s photos on Facebook. She learned that the 13-year-old purebred black Labrador retriever lives in Oregon and was, coincidentally, diagnosed with vitiligo the same year that Carter received the same diagnosis.

“I read that Rowdy had vitiligo, and I was blown away. When I showed Carter, he was so excited to see a dog that was famous for his vitiligo,” she told reporters.

Over the next few months, Rowdy and Carter, as well as their respective families, developed a long distance friendship. Then, netizens banded together to raise funds so that the two would finally be able to meet – much to Carter’s delight! 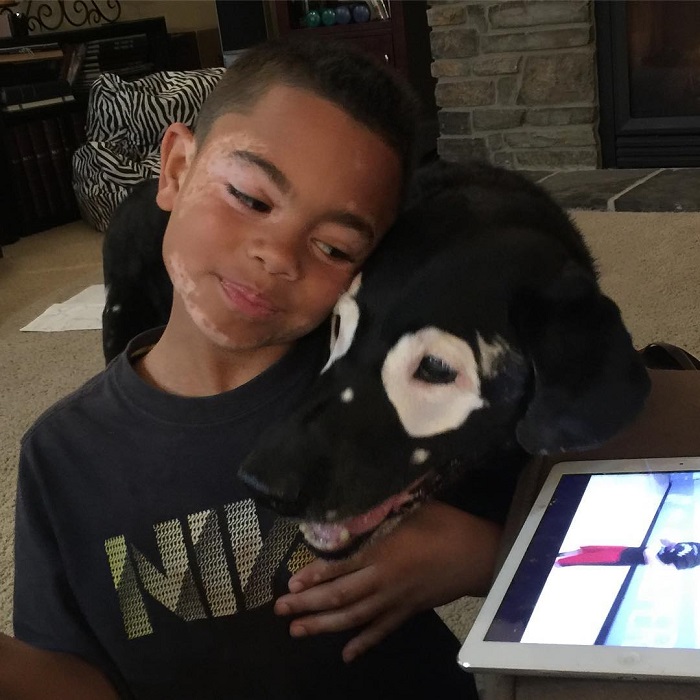 Vitiligo is a non-contagious skin condition that causes white spots and patches to appear on the skin after these areas lose melanin.

Right now, much is unknown about the condition, including why it happens; although doctors believe this might be due to an auto-immune condition that makes the body’s own defenses to attack its own cells and causing the loss of melanocytes, the body’s pigment-forming cells.