To give people in China “the opportunity to inject a little bit of fresh air into their daily lives”, a Canadian company has started selling bottles of fresh mountain air for up to $28 each.

As pollution levels in China remain high, sales of Vitality Air have also soared. In fact, the bottles “sold out almost instantly” as soon as they became available on Taobao, a Chinese website similar to eBay. 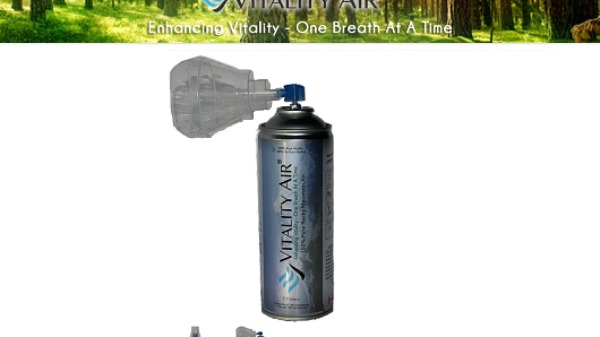 Although the company began marketing its product in China barely two months ago, its first shipment of 500 bottles was immediately sold out. Another shipment of 700 bottles is on its way.

According to the company which markets Vitality air as “enhancing vitality one breath at a time,” their product can help with alertness, hangovers as well as working out.

Moses Lam and Troy Paquette co-founded Vitality Air in 2014. The two traveled to high rocky mountains in Alberta in western Canada to fill massive cans with fresh air. The pure revitalizing air is something that can’t be found in Beijing these days.

Vitality Air’s co-founders have been in China in the past and are aware of the current pollution crisis in the country prompting them to come up with the unique product.

An eatery in Zhangjiagang city in Jiangsu Province in China charges its dinners one yuan each for purifying the air inside the establishment.

According to reports, the owners of the restaurant bought an air filtration system to enhance their customers’ dining experience. However, they chose to cover its cost by passing it on patrons without prior warning.

After receiving complaints from angry customers, the local government stepped in to inform the owners that filtered air could not be sold as a commodity.