At a quiet corner street in Kew, West London last February 9 at around 9AM, some pedestrians and workers were nearly hit by a block of ice that just fell from the sky without any warning.

Serhiy Myeshkov, the council worker who was seen in the video, admitted that they were quite stunned when the block of ice fell. Thankfully, no one was hit by the object which could have caused some serious injuries had it fallen on a person or animal.

According to Myeshkov, he estimates the block of ice to be around 10 kg but he isn’t sure whether the object was accidentally dropped by a passing plane high up in the sky or just from some random cloud in the sky.

“A piece of ice, maybe 10 kilograms big, fell from either a plane or from the sky. It all happened very quickly,” he said. “I wasn’t scared, but it could kill you. I feel lucky.” 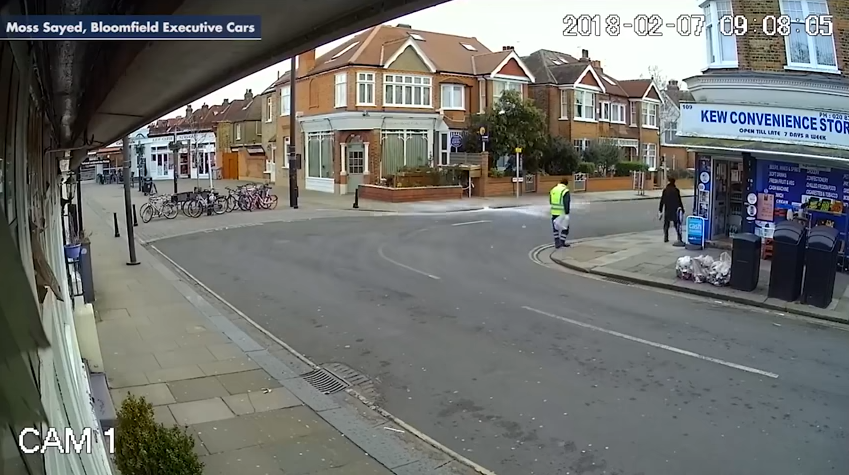 A car had just passed the spot where the ice fell just a few seconds before, as can be seen in the CCTV footage taken outside a business establishment across the street. A pedestrian had just crossed the street from the side where the CCTV camera was located while the council worker was just doing his job a few feet away from where the block of ice fell. Whew!

It was really a good thing that the street had been quiet at the time.

But people couldn’t help but wonder where the block of ice had come from, especially because it was obvious that it wasn’t snowing in the area. Did it really come from a plane? It’s hard to tell but Myeshkov admitted that planes often pass through the area; although he wasn’t sure if one had just passed when the ice fell.

Well, the mystery remains to this day but let us just be thankful that no one was harmed in the incident.