Before her death in 1996, blind psychic Baba Vanga prophesized that Barack Obama would be the last US President. Obama technically remains the president of the most powerful nation in the world until US President-elect Donald Trump is sworn in on January 20, 2017.

The Bulgarian prophet known as the “Nostradamus from the Balkans” correctly predicted that the 44th president would be African-American. However, she also warned in her prediction that he would be “the last one”. 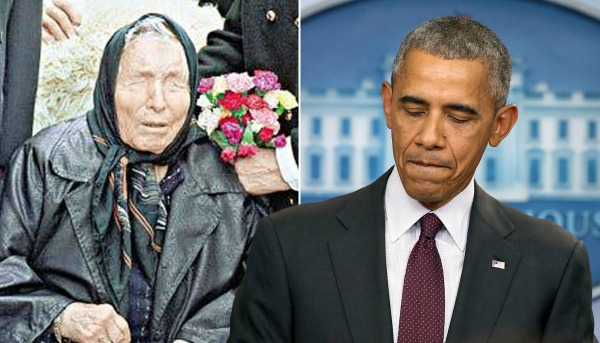 According to Vanga, there would be “spectacular economic crisis” at the time the 44th President of America assumes office. The blind clairvoyant then revealed that the President would bring the country down.

“Everyone will put their hopes in him to end it, but the opposite will happen; he will bring the country down and conflicts between north and south states will escalate,” Vanga said.

Vanga, who made hundreds of predictions in her lifetime, had a prediction success rate of 85%. She correctly forecasted major global events including the 2004 Boxing Day Tsunami, the 9/11 terror attacks in New York, the “great Muslim war”, the formation of the Islamic State as well as climate change.

Before leaving the world 20 years ago, Vanga left an apocalyptic message saying that the earth will die by 3797. At this stage, Vanga predicted that humans would be capable of inhabiting another star system.

Who is Baba Vanga?

Born on January 31, 1911, Baba Vanga was a blind Bulgarian clairvoyant and herbalist who convinced millions of people that she possessed paranormal abilities.

The blind pensioner, who was born in the village of Strumica at the foot of a mountain range, reportedly lost her vision during storm. After claiming she had the ability to forecast future, Vanga gained a massive following and became trusted by the elites and powerful people including world leaders.