“Do you believe that a spirit can appear in a different form?” This is the question asked by Kenshin Gitgano after sharing a photo of a man lighting candles while searching for his cousin, Bien Unido Mayor Gisela Boniel who was killed by her husband and dumped at sea.

But this was no ordinary photo because according to Gitgano, a black butterfly had appeared out of nowhere and landed in front of Boniel’s cousin, Oscar Bendong.

A lot of Filipinos believe that black or brown butterflies are spirits of their dead relatives – and this could well be the case here. After all, why would a black butterfly be in the middle of the sea at this time? It was too much of a coincidence that it would appear in front of Bendong while he lighted candles and prayed for his lost cousin. 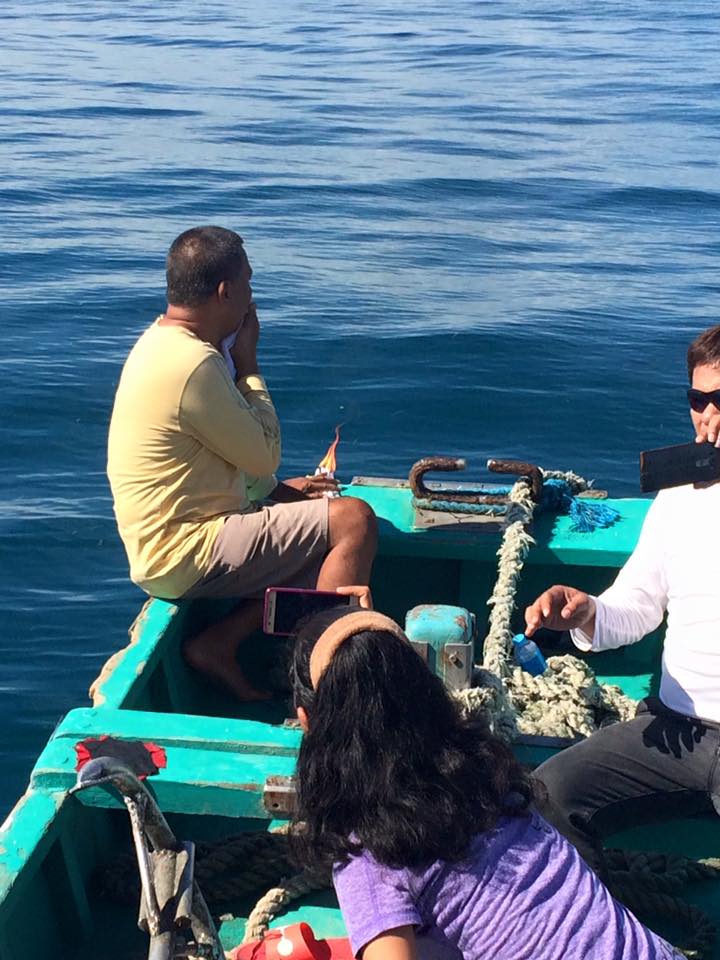 Boniel’s relatives have accepted that she is dead but they are still hoping they would be able to recover her body and give her a proper burial.

Sadly, this might just remain a wish because witnesses revealed that the mayor’s husband had ordered his men to tie her up to some rocks so she would sink to the bottom of the sea.

Still, the appearance of that black butterfly in front of the late mayor’s cousin has sparked an online debate as to whether this was her spirit or not.

Many believed that it was the mayor’s spirit, trying to give comfort to her relatives while also seeking justice for her death; however, skeptics believe this was mere coincidence. What do you think?

What’s the Meaning of a Black Butterfly?

For many cultures, the appearance of a black butterfly signifies a bad omen or the death of a loved one. This belief is not just popular in the Philippines but also in other cultures and countries, including in Ireland, China, and central America.