This bizarre incident recently happened in a FamilyMart branch in Kaohsiung, South Taiwan. As you can see on the CCTV footage below, the unnamed woman was having an argument with the convenient store’s staff member.

According to a report by the Mirror, the guy did not allow her to use the store’s bathroom and that’s when things started to take an ugly turn. The site tells us that “the woman apparently entered the shop asking to use the loo, but she quickly lost her temper when the employee refused her request.” 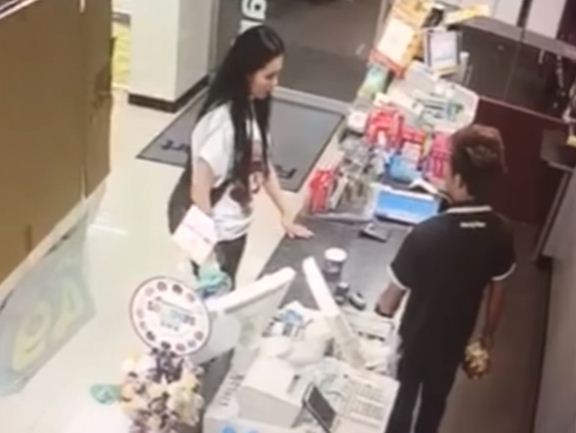 As an act of protest, the woman climbed up the shop’s counter and started pulling her pants down. The alarmed crew tried to stop her but to no avail. She began “urinating into a paper cup next to the cash register.” 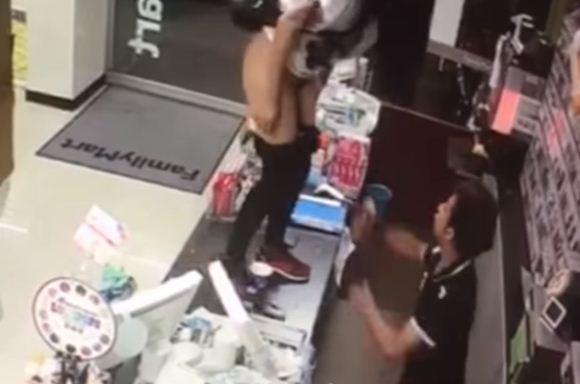 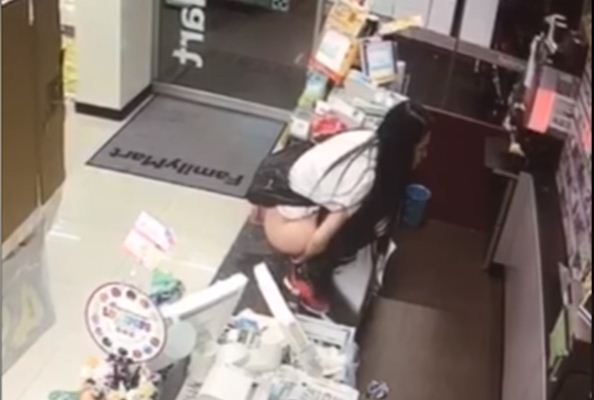 As if that was not enough, she followed the ridiculous act with something worse. 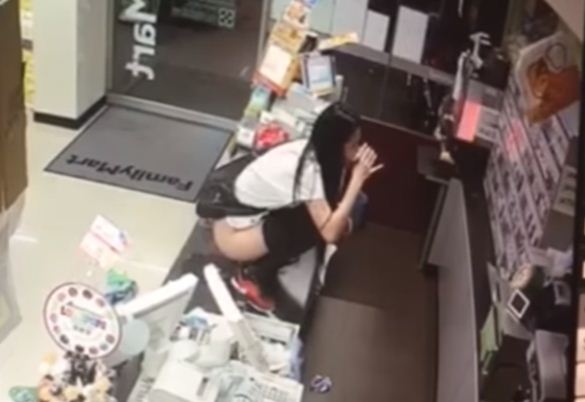 She pressed the paper cup to her lips and then drank her own pee.

Translated from the local language, the employee can be heard telling the woman: “If you want to use the toilet, I’ll show you the way. Don’t do anything stupid.”

The woman, who is believed to be mentally ill, didn’t listen to him and just started climbing up the counter saying “I want to pee.”

The shocked shop staff then shouted “What are you doing? Get down from there. Get down – I’ll take you to the toilet.”

You can watch the unbelievable video here:

Mirror also tells us that “reports did not say whether the woman was arrested for her actions, but if found to be suffering from a mental disorder, it is unlikely she will be charged.”

Why Should Businesses Have Accessible Bathrooms?

In a CStoreDecisions article, David Bishop, managing partner of Balvor LLC, tells us:

“Bathrooms likely have a larger impact on inside store sales than some retailers realize.”

“Clean bathrooms help protect your base business by not giving customers a reason not to buy, and can help keep customers open to the food service purchase. It can be a differentiator as many customers place value in this area depending on their individual need state.”