A woman was recently caught on video as she pumps petrol into a huge plastic bag – and later putting the leaking plastic bag in the trunk of her car! The video received mixed reactions on social media, particularly because this is a fire hazard and people were concerned that the woman’s car might have caught fire afterwards! 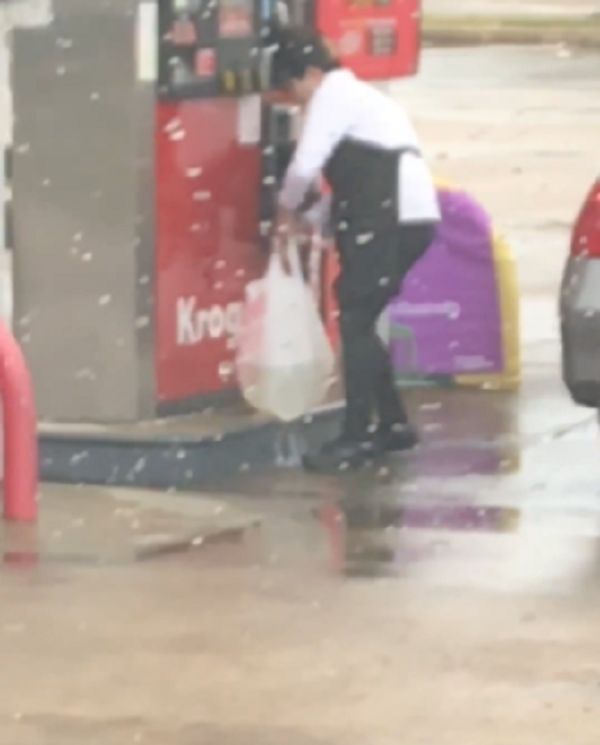 The bizarre video was taken at a Kroger gas station in Houston, Texas. Another customer who waiting for his turn, Jason DjJruda Rudison, saw the whole thing and decided to take a video of the strange events. 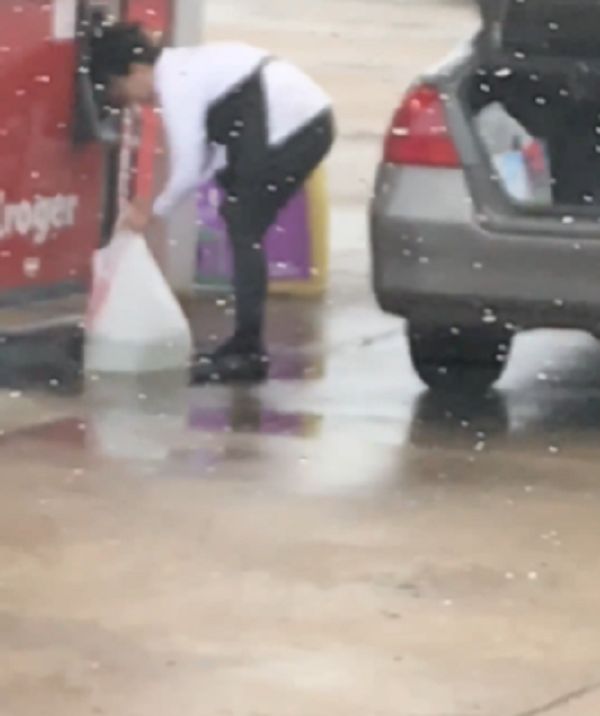 Indeed, this is something you don’t see everyday and was worth taking a video, perhaps because it’s so unbelievable that no one would certainly believe him if he told his friends what he witnessed! But netizens expressed concern about the woman and believe that Jason was in the position to inform the woman that she’s doing something really, really dangerous! 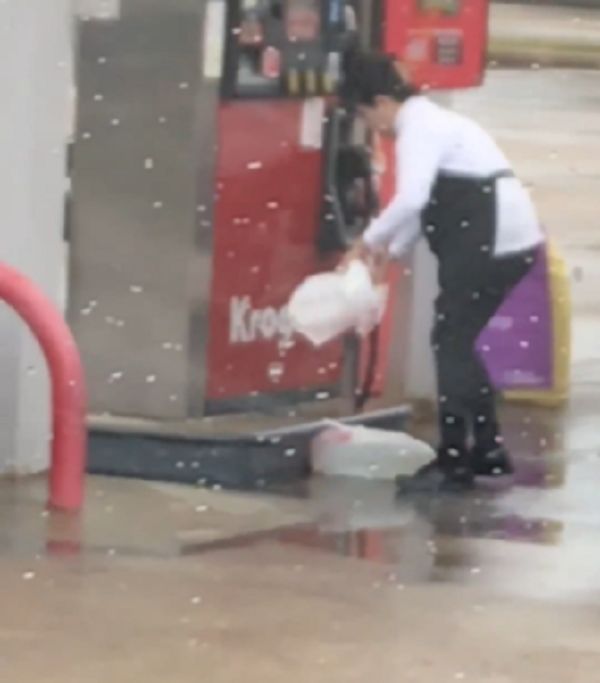 In the clip, the woman could be seen pumping petrol into the huge plastic bag. She even struggled with the pump as the plastic bag got filled with the liquid. Amazingly, she made sure to return the nozzle to its proper position before struggling to move the heavy plastic bag. Seeing that the bag is leaking, she hastily tied the handles together to ‘seal’ the first bag as she ran to her car to another one. 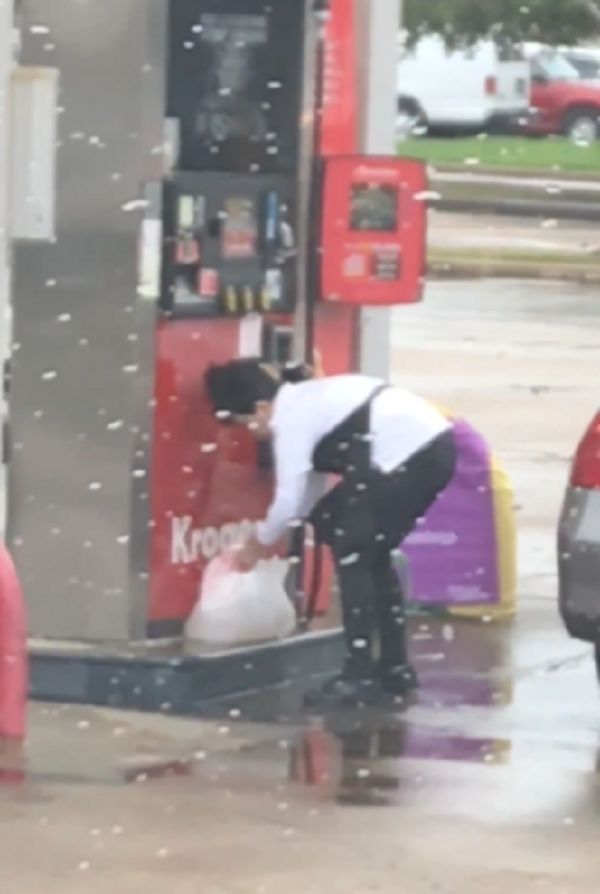 With the double bags, she was able to finally stop the leak and bring the bag of petrol to her car. She firmly shuts down the trunk as the video cuts. Her fate is unknown but netizens are saying that Jason is partly to blame had something happened to her because he knew it was dangerous, but he didn’t say a word. 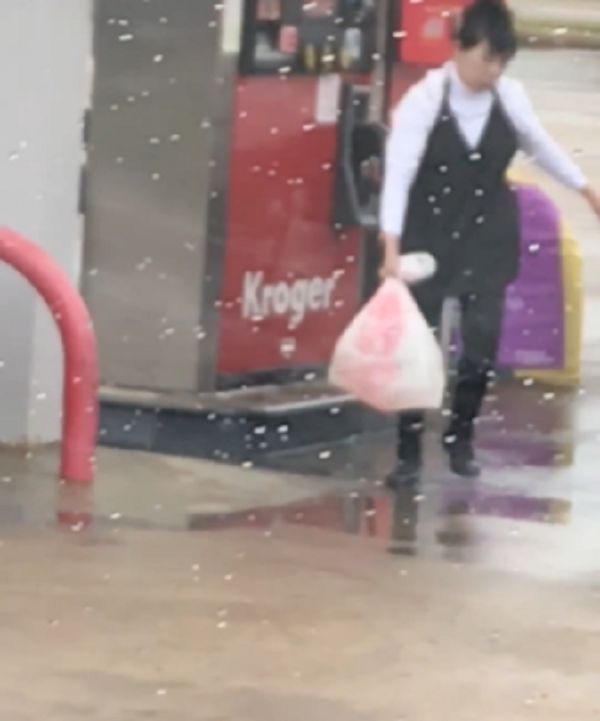 Some think she might be a worker who was asked to buy petrol, judging from the black apron she is wearing. The video has since gone viral, garnering over 10 million views. While many laughed at the woman, many netizens still believe Jason should have done something instead of just filming the whole thing… 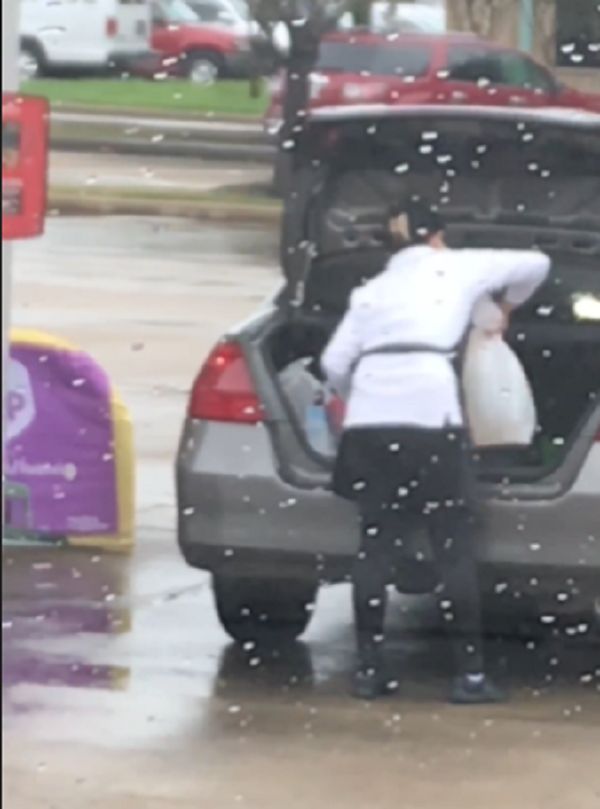 It is always a good idea to only use proper fuel tanks to transport petrol. Place the container in the trunk or in the bed of the truck as the fumes or vapors could still affect the passengers if placed in the passenger compartment.