Home
Videos
Viral Videos
Bird Goes Viral for Being ‘One of the Dogs’, Enjoys Barking with Her Friends

Cockatoos are highly intelligent birds. Just like common parrots and mynas, cockatoos are also great at mimicking sounds to the point of sounding like the real thing! If you close your eyes while they make the sound, you might actually think that the sound came from the person, animal, or object they are trying to mimic.

One such cockatoo went viral for pretending to be a dog – and it even longs to hang out with her canine friends, barking with them all day long. LOL. 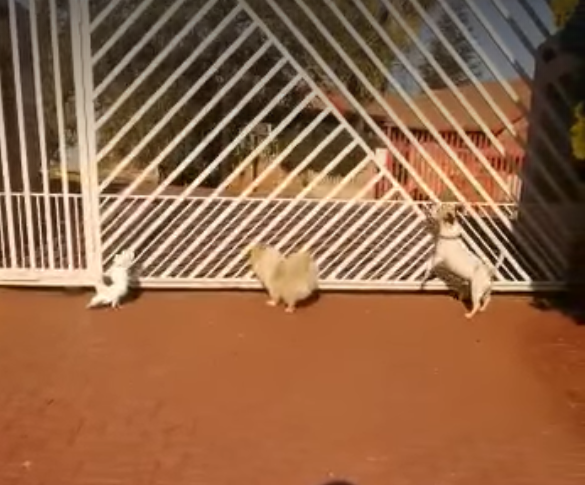 Shared by Ursula Gray who lives in Alberton, Gauteng in South Africa, the cockatoo in their driveway even walks around like a dog. We’d even like to imagine that it would have tried to wag its tail feathers if it could! 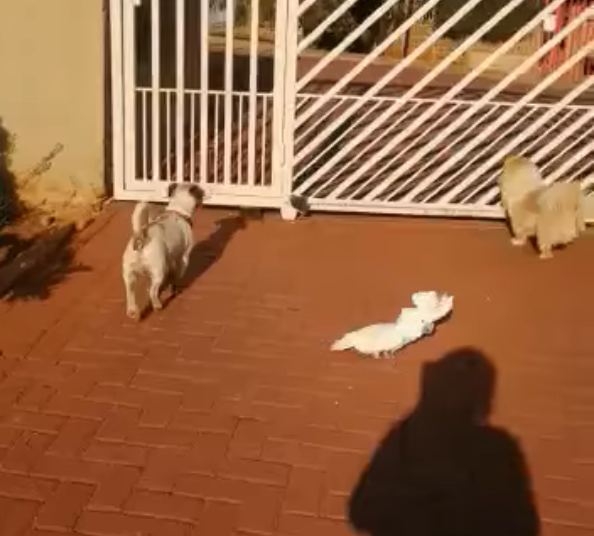 In the clip, someone taking the video could be seen walking down the driveway. Amused over the cockatoo, this person moved closer to take evidence of the barking bird. The cockatoo was playing the role quite nicely and could be seen moving its head up and down, similar to how dogs move when they are barking.

The dogs were guarding the gate, walking around to patrol the area – and the bird did so, too. 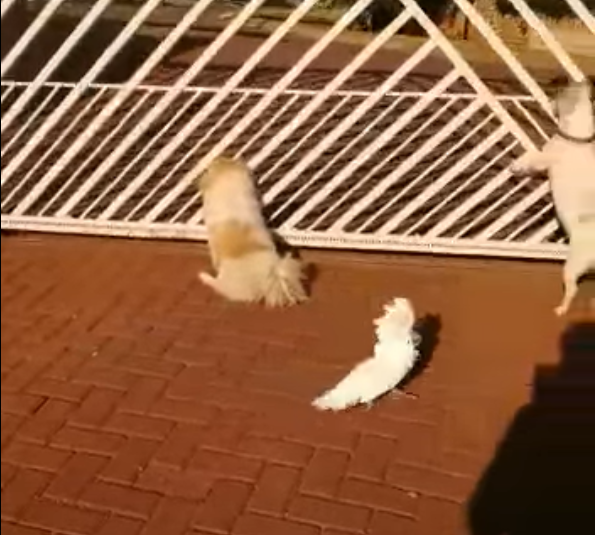 It was obvious that this bird is used to having these dogs around and they are also used to it pretending to be one of them. What do you think of this cheeky little pretend dog?

A cockatoo is a species of parrot under the family Cacatuidae and superfamily Cacatuoidea. While its plumage is often less colorful than that of other parrots, this bird is recognizable for its curved bill and prominent crest.

Because of their beautiful appearance, cockatoos are popular in aviculture.

These birds can also be trained easily for show.