Netizens were touched by the story of a dedicated brother who took a bike ride from Manila to his hometown in Sorsogon to visit his ailing brother before it was too late but while he was able to drum up support for his bike ride and raised support for his older brother, the latter died mere hours before he reached home.

According to Enrique Ballon Gonzales, a friend of the family, Rhamil Hallig was about to enjoy Noche Buena with the family in Manila when he suddenly collapsed. He was taken to the hospital where he spent 5 days but because of lack of funds and not having enough relatives to take care of him there, he was brought to their home in Ginangra, Magallanes in Sorsogon.

On January 14, 2017, he was rushed to the hospital some 100 kilometers away from home but, again, lack of funds forced the family to bring him back home and “leave his fate in God’s hands”. Poor as they were, his only nutrition was powdered milk and “linanot” (poor man’s porridge). 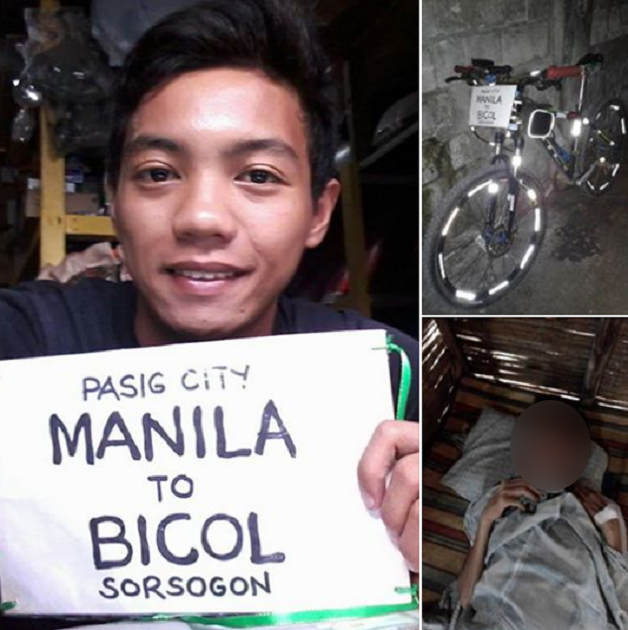 His brother, Jessie Hallig, decided to take a bike ride from Manila to Sorsogon to see his brother. Not only will the bike ride save him money, he also hopes that it will bring attention to his brother’s condition.

Indeed, netizens were touched by the brothers’ plight. Some sent money while others offered to pay for his bus fare or even take him to Sorsogon on their vehicle but Jessie was determined to bike those 500 kilometers home to show his love and dedication for his brother.

Some motorcycle riders would soon join his ride and escort him to Sorsogon. After days of almost non-stop cycling, Jessie was almost home but roughly three hours before he reached their house, Rhamil died. 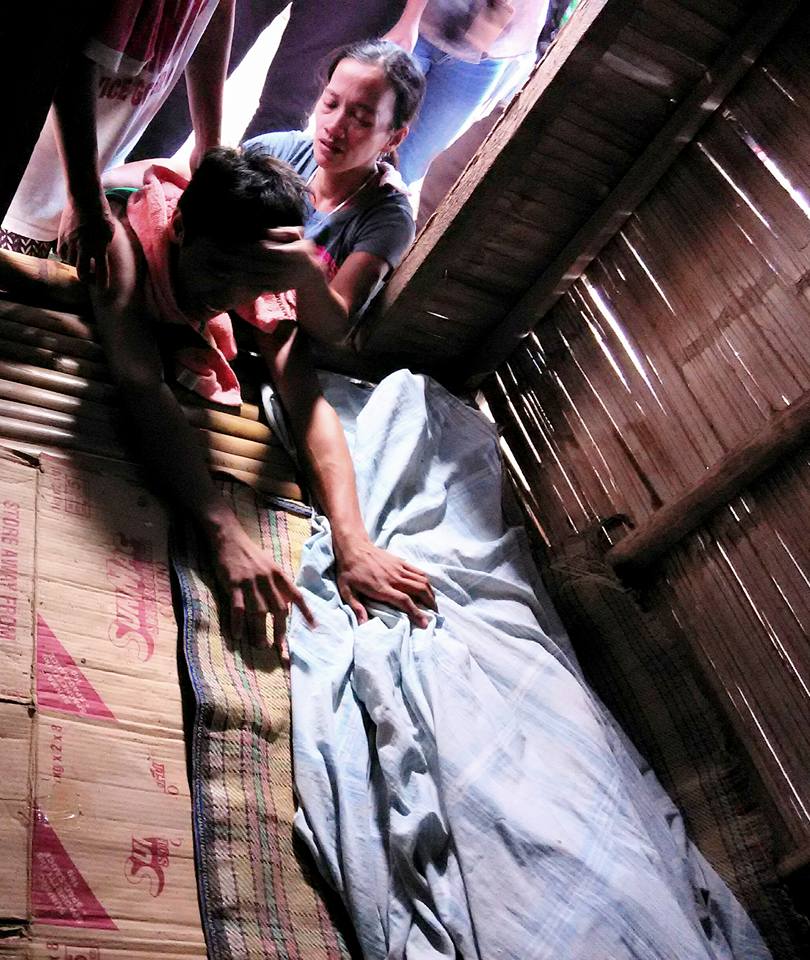 It was a devastating ending but Rhamil had suffered enough. A number of netizens slammed Jessie for not taking the offer of a ride back home as he could have reached his brother on time but many also defended him, saying that he couldn’t have known that his brother would die sooner but he had surely proved to the other guy how much he loves him.