Life can be so unfair at times but despite the deep despair we feel, there’s still a bright side to things and beautiful moments that take the pain away, somehow. Like in the story shared by Sheryl Blanksby, a mom who blogs under the name “Ms. Chikee.”

Blanksby has a 3-year-old son William and a baby named Thomas whom she calls her “Rainbow Baby”, a term used for a child born after mom suffers a miscarriage in her previous pregnancy.

Thomas was just 11 weeks old when the doctors discovered that he had terminal cancer. The doctors had previously removed his kidney before the final diagnosis was made. 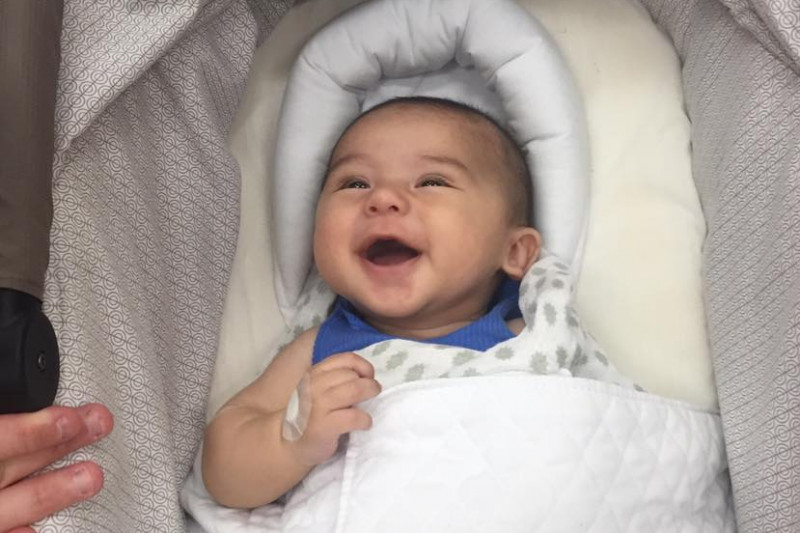 The family has no idea how long they have left to spend with Thomas and it breaks their hearts that he is a rainbow baby, only to follow his unborn sibling to the grave as well.

While the family set up a Go Fund Me account to help defray the medical expenses and make Thomas’ remaining time on Earth absolutely awesome, they plan to make as many memories as possible with the little boy.

The family is based in Perth, Australia. They recently went on a vacation. Blanksby shares a beautiful moment she captured on camera during that holiday trip.

According to Blanksby, the kids were unusually quiet – and parents know that such could be a not-so-good sign that they are up to some kind of trouble. So, she tiptoed to the lounge with a camera in hand, expecting to catch William (Mr. Preschooler) doing something naughty like covering Thomas with Nutella or something but she found a bittersweet scene.

The two boys were ‘talking’, with William assuring his little brother that he was just there for him and everything was going to be OK…

#Throwback to when we were on our holiday. I was getting ready in the bathroom and husband was in the kitchen. The kids were quiet, especially Mr preschooler. You know the rules about when kids are quiet. I tiptoed to the lounge with my camera ready to catch anything they are doing. I was expecting my baby to be covered in Nutella or something but instead I saw this. My preschooler is telling his baby brother “Kuya (big brother) is here. Everything is ok”. #myboys #bestbigbrother #documentinglittlemoments #mybabyloves #myheartandsoul #luckymummy

What is Terminal Illness?

A terminal illness is a medical condition or disease that could not be cured and is expected to result in the patient’s death within a short period of time.