Two unarmed foreigners were beaten up the 7 guards of the Bonifacio Global City (BGC) in an incident caught on camera and uploaded by Ghelo Arboleda on YouTube.

According to Astig PH, the video uploader said these foreigners were Englishmen named Sam and Chris. The two were having fun skating along Fifth Avenue when police women told them to skate at the park.

The law-abiding men abided with these ladies’ words and moved to the park. There, a woman guard told them skating was not allowed. Even after explaining that they were told by the police women to skate at the park instead of along the road, the guard still prevented them from skating. 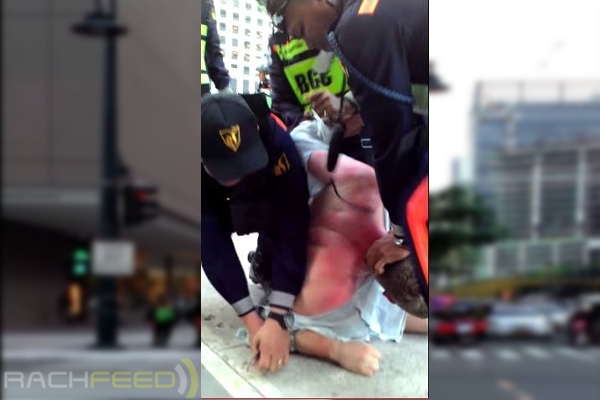 Because they continued to skate, the lady called for backup who confiscated the skateboard. When the duo tried retrieve their skateboard and ran away, more backup arrived. It was at this point that the video was taken.

When the police arrived, the foreigners were the ones slapped with charges; it was alleged that they were not allowed to file countercharges.

The YouTube user didn’t initially mean to upload the video but was dismayed by the Police’s response to the incident, so he decided to share it social media so that others can help the two.

Screenshot below are comments from our readers.