Home
Lifestyle
Food
Beware : Fake Margarines Are Out In The Markets

Margarine is an imitation butter  used by most households.   It can be used for spreading, cooking, and baking which  made this commodity  one of the stars in the kitchen, especially for mommies.

While margarine serves many purposes, it was a sad thing to know that they can even be imitated.

A video posted by  Mayen Marlyn from Lubao, Nueva Ecija on Facebook, showed the difference between the original margarine and the fake one. 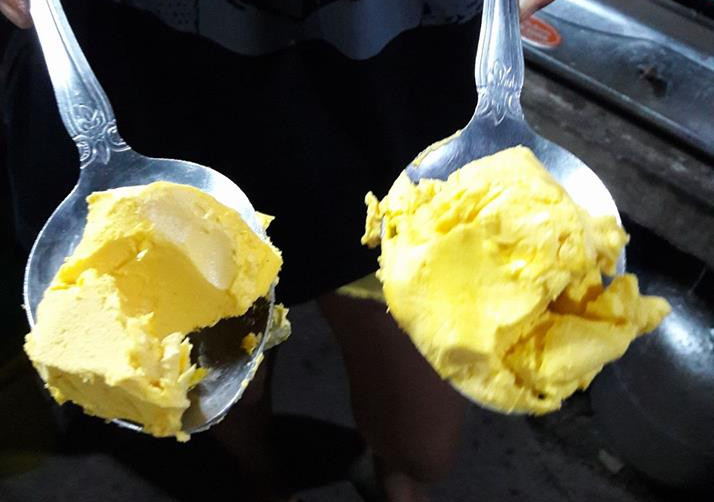 Mayen owns a food stall in Lubao, so she makes use of the margarine  in most of the dishes that they cook everyday.

She shared her story.

One day while she was cooking, she noticed that there was something different with the margarine which she was using.  According to her, it sticked into the pan, it did not melt and it smelled like burning rubber. She also noticed that water was coming out of the margarine instead of it melting.

Though the margarine looked similarly the same with the ones that we can buy in supermarkets, she can still discern that something was wrong with it.

She admitted however  that she  just bought the margarine in the market in retail and without a specific brand.  It was much cheaper than the brands we are all familiar of.

She said that she posted what she discovered on her Facebook account, so she can warn people, more particularly  the mothers who were the ones preparing the food for the whole family.

People should be aware of this because aside from  wasting our money for not getting its worth, this will put our health at risk since this may cause food poisoning.

It was even helpful that Mayen made the video so the difference between the two will be easily established.

Sometimes, we tend to buy food ingredients that are much cheaper because we wanted to save money. Truth is, it’s not wrong to think of ways on how we can save, but we also need to consider that the quality of the food that we eat and the health of our loved-ones were not compromised.