Home
Lifestyle
Food
Best Idea Ever: This Pizza Box Is Also Made Of Pizza

A Brooklyn-based pizza parlor has come up with possibly the best idea ever. Well maybe for pizza lovers, at least.

Vinnie’s Pizzeria just made an awesome pizza box that’s also made of pizza. Possibly the world’s first, the “pizza box pizza” has caught the attention not only of the store’s New York customers but also of netizens across the world as photos of the one-of-a-kind box was shared on social media. 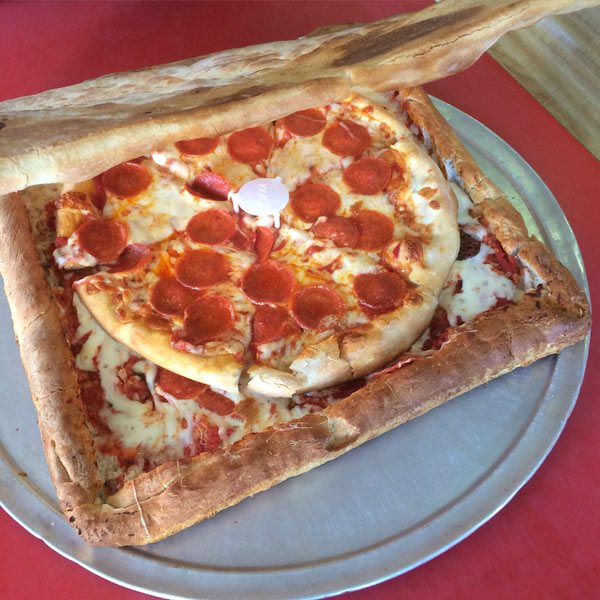 “Introducing The PIZZA BOX PIZZA! A pizza box made entirely out of pizza! No waste, 100% pizza and 100% delicious.”

In an interview with PIX11 News, Vinnie’s Pizzeria owner Sean Berthiaume said that he came up with the unique concept before the lunch rush – a time when business at their restaurant is usually slow. Out of boredom, he thought it would be cool if they’d create an edible box. He is, after all, tired of seeing customers eat their pizza out of a cardboard box and then throwing the carton away after the meal. 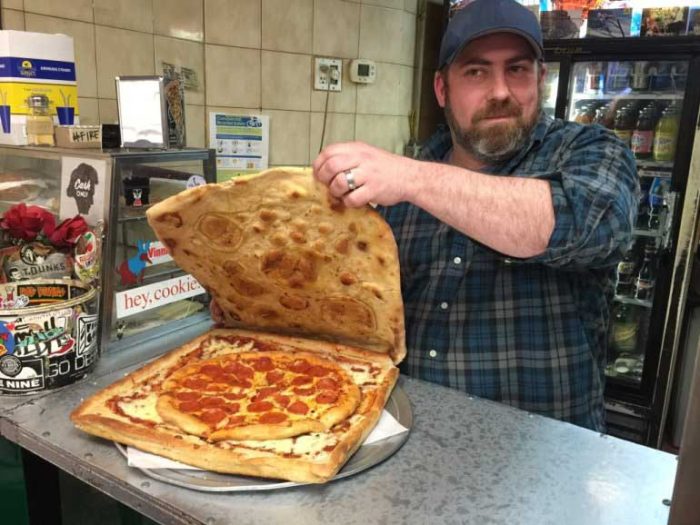 According to Berthiaume, the pizza box pizza solves that dilemma because it allows people to enjoy a square pie that not only functions as a box but can be eaten as well. Besides, the pizza box itself is a traditional New York-style pepperoni pizza.

As you can probably tell, the idea proved to be a massive hit as it is now one of the most-ordered items off their menu.

Although the pizza box pizza is available for home delivery, Berthiaume says he prefers that customers buy and consume it at their store to retain its freshness.

For those interested to check out the pizza box pizza, you may head over at Vinnie’s Pizzeria located at 148 Bedford Avenue, Williamsburg, Brooklyn. Each one is sold at $40.