Cancer is a terrible enemy. Although some win the battle against it, the unfortunate truth is that others eventually lose the fight and succumb to the disease.

Such is the case of singer-model Seema Jaya Sharma who fought a long bout with the dreaded illness. In fact, she was a cancer patient for six years. Eventually, she came to the realization that her chances of survival were already bleak so she decided to do something unusual – she wrote her final Facebook update. 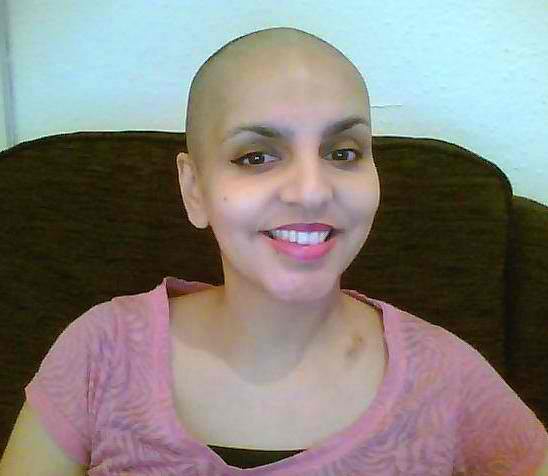 It turned out to be pretty unusual indeed. Despite all her difficulties, what she wrote showed that she was a positive person who knew how to have fun and make others happy.

As of the moment, her last status on Facebook has received 8,217 likes and 903 shares.

This is how it read: 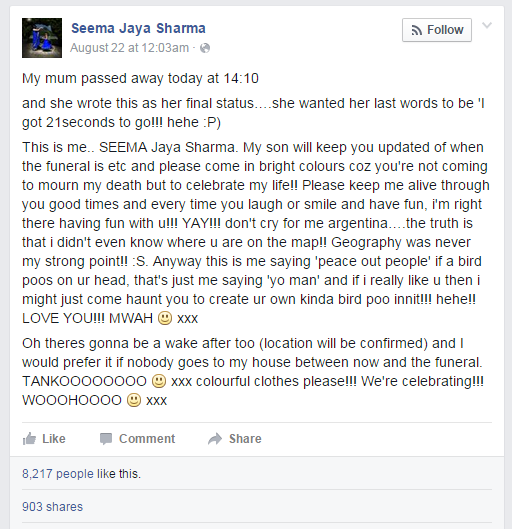 She had me at Argentina.

Seriously though, it’s admirable how a person can stay cheerful and bring happiness to others, huge trials aside. Her display of wit and humor is really inspiring.

She may have lost the battle with cancer but she has clearly won the hearts of many.

Faith in humanity has definitely been restored.

What You Need to Know About Cancer

According to Cancer Research UK, there are over 200 different types of cancer and they are divided into 5 main groups namely brain tumors, carcinomas, leukaemias, lymphomas, and sarcomas. The disease is often categorized in stages to determine the extent of damage on a patient.

Cancer begins when genes go through abnormal changes that can lead to creating one more cell or several cells and when those cells grow or multiply a lot. This is usually how a tumor starts and some cancer types can spread to other parts of the patient’s body.

The disease and the required treatments to cure it can have a direct effect on the body including systems such as hormone system, immune system, lymphatic system, and blood circulation.

Cancer is often developed through gene changes and rarely is it genetic in nature. Although many cancers can be cured, it can come back to some patients.