Home
Entertainment
After Becoming Taylor Swift’s “Mini Me”, Who Will Xia Impersonate Next?

Xiamara Sophia Vigor has wowed the world with her awesome performance as Taylor Swift’s “mini me” on Philippine TV talent show “Your Face Sounds Familiar Kids”.

Singing “You Belong with Me”, the little star was only able to copy Taylor’s moves and voice but also looked so much like the singer that the performance was not only praised by host Billy Crawford and the judges but also gained the world’s attention.

Most loved the little girl’s performance; though there were those like Piers Morgan who weren’t pleased as they believe that the show was ‘sexualizing’ a little girl. 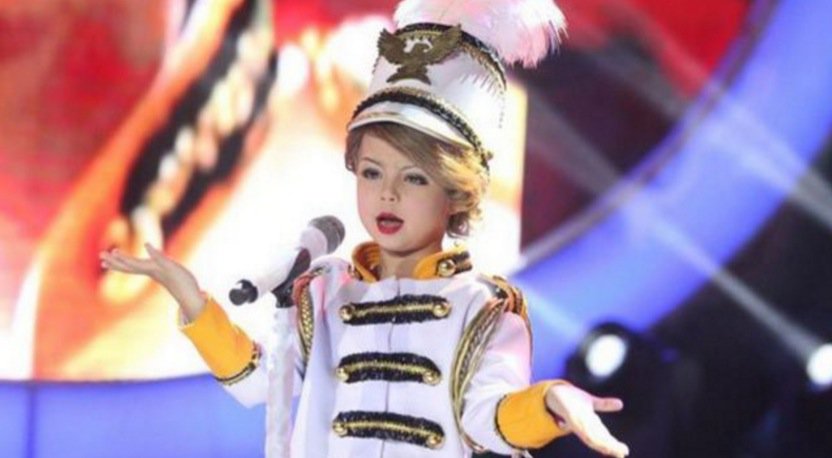 Screenshot from video by Your Face Sounds Familiar Kids

But while there were a handful of people of didn’t like how Xia was made to act like an adult and wear makeup and do her impressive impersonation of Tay, her parents and many netizens were just plain excited over the attention she’s getting.

Xia’s parents believe that there was nothing wrong with the girl copying Taylor’s fashion and movements because it was really just all for the show. After all, she doesn’t dress up like that or talk in that manner in everyday life.

According to her dad, Alan Vigor, “He’s [Piers] wrong…we know the bigger picture over here so we don’t worry about Piers Morgan. He doesn’t understand the context. The culture here is very, very different. People in the Philippines see things differently.”

But something about his next statement left fans excited!

“On the show next week, Xia is going to dress up as Axl Rose. It’s like a pantomime. It’s been taken out of context. She’s not going a friend’s birthday party in high heels and lipstick. It’s not like that. She would never dress up like that on a normal day,” daddy Alan added.

Wow! So, Xia is impersonating Axl Rose next week? We can’t wait to see that performance!

For now, check out her awesome performance as mini Taylor Swift here: