Home
Lifestyle
Relationship
Beautiful Girl Ruined And Bullied Decides That She Has Had Enough, Mom Helps Her End It

Bullying is all around us. Most of the time, victims of bullying won’t let anybody know, friends who see also won’t tell anybody. Until it’s too late.

As much as we would like to talk to our children and anybody who is being bullied to speak up, what other people are forgetting is to stop the root and not the cause.

Just like what this mom posted. Take a moment to talk to your children. The ones that are being bullied don’t usually have something wrong with them. It’s the bullies that we need to talk to.

Sarah Nicole shared her daughter’s story on Facebook and how her beautiful daughter who has anxiety and depression had to face bullies that tell her to kill herself every day. 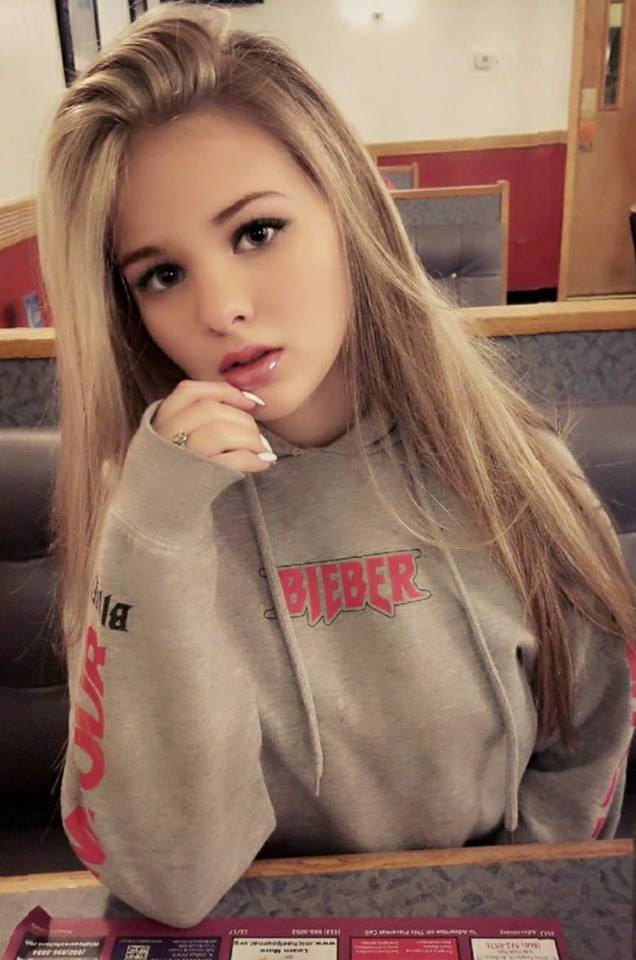 Sarah is so annoyed that the bullies can stay at school when her daughter who was bullied got to be sent home.

And it has to end

After being hysterical, and when she finally can talk, the daughter made a video addressed to the bullies. 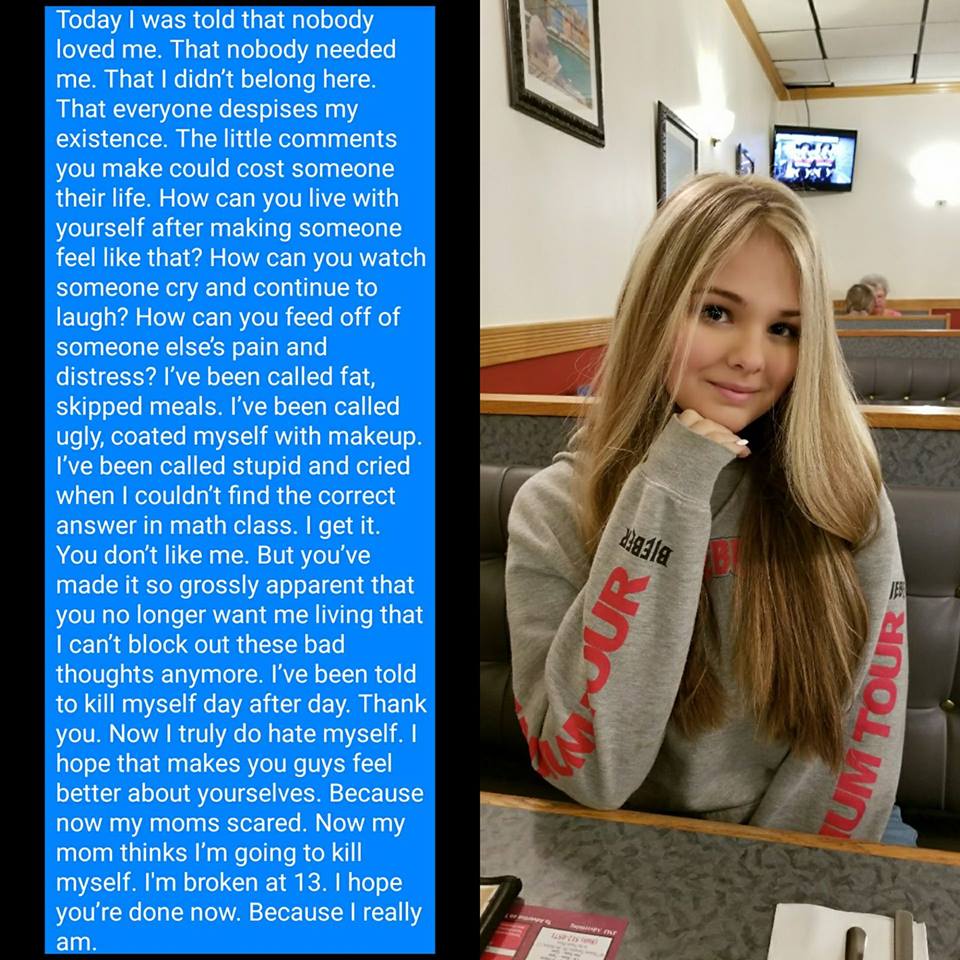 She reminded them that before they go on and say mean things to someone, they should all stop and consider if that someone did something wrong if they deserve it, and if they actually should be saying mean things.

She also said that it’s okay not to like someone, but to hate someone who did nothing to you is very wrong.

So, just like what Sarah Nicole said at the beginning of her post, let’s take time to talk to our children. It can make a big difference.