She’s gorgeous and all dolled up while attending a parade when she noticed a crippled man on the sidewalk – but this did not deter this lovely band majorette from taking time to share her blessings with him.

Netizen Zeinab Harake is a kindhearted soul who often gives some of her extra cash or food to beggars and homeless but she admits that this particular crippled man touched her heart the most.

After seeing the man sitting on the sidewalk, asking for alms, she gave him some money for food. He thanked her for it but said that he wouldn’t be able to buy food then because he couldn’t walk. She smiled at him and told him she’ll be back later.

When the parade ended that afternoon, Zeinab went back to the spot where the crippled man was staying earlier. She found him still sitting there; thus, she bought some food and drinks and brought these to the old man. 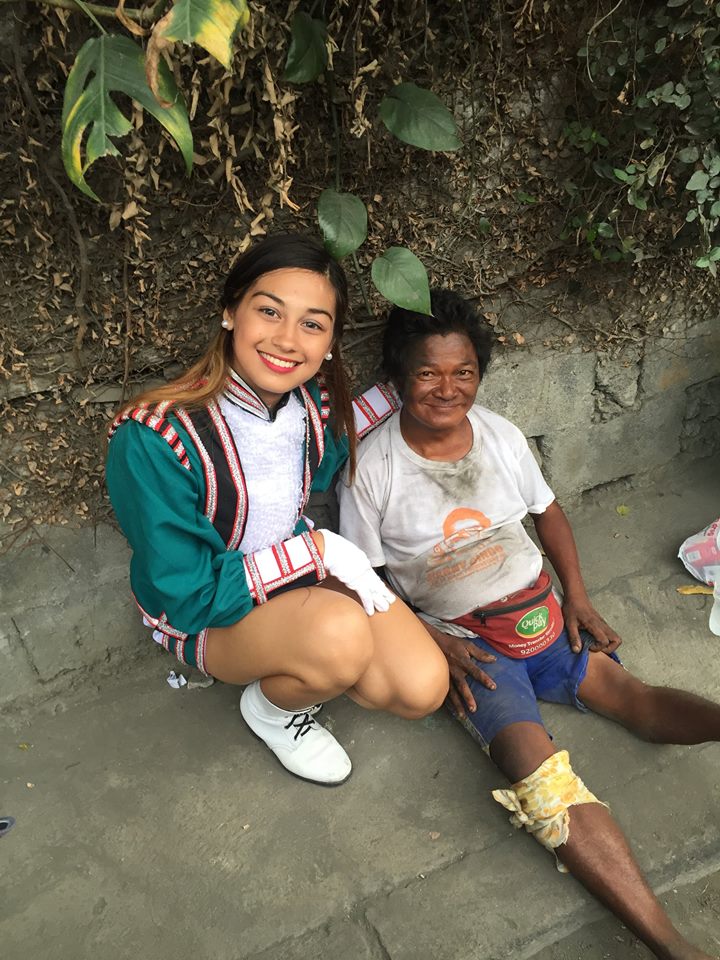 Despite the crippled man looking quite grimy, Zeinab said she did not feel any qualms in approaching him and talking to him. She asked him about his family but he admitted that he does not have a family of his own though he has some siblings who are also like him.

Touched by the man’s plight, Zeinab could not help but cry – and so did her fellow band majorettes and minorettes. She said that although she has helped a number of less fortunate people in the past, this was the first time that she cried upon meeting one.

After their short encounter, Zeinab asked whether she could have her picture taken with him, to which he allowed. 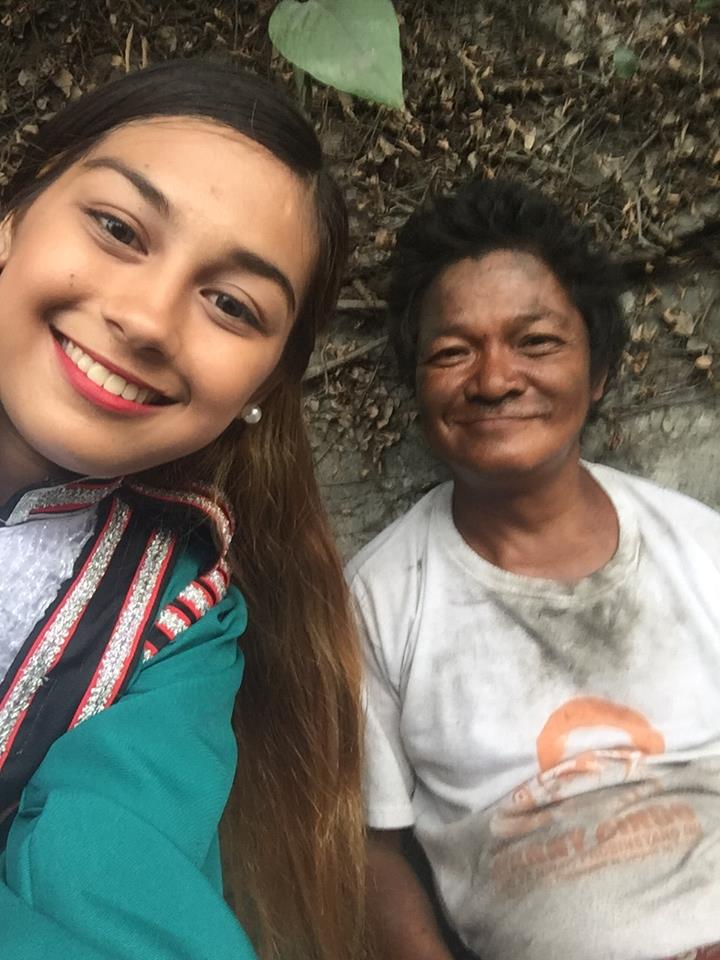 These photos soon became viral on social for the contrast between them is stark yet it surely seems to have not bothered her at all as she even had her arm around his shoulders in one of the photos!

What a kindhearted girl. May you always stay sweet and generous, Zeinab…