Pokemon GO is definitely one of the most popular games this generation has ever seen – but it has also turned into the most dangerous one, leading to hundreds of road accidents and various incidents due to the players’ negligence of their own safety just so they could catch a Pokemon.

One mother learned about the safety issues of playing Pokemon GO the hard way – when her baby nearly drowned in a lake while she was busy looking for Pokemons!

The young mother (name withheld) was pushing her son in a stroller along the banks of Xuan Huong Lake, in the Central Highlands city of Da Lat, Vietnam when she decided to play Pokemon GO. Thinking that her son was safe in the stroller, she began hunting for Pokemons on the river bank. 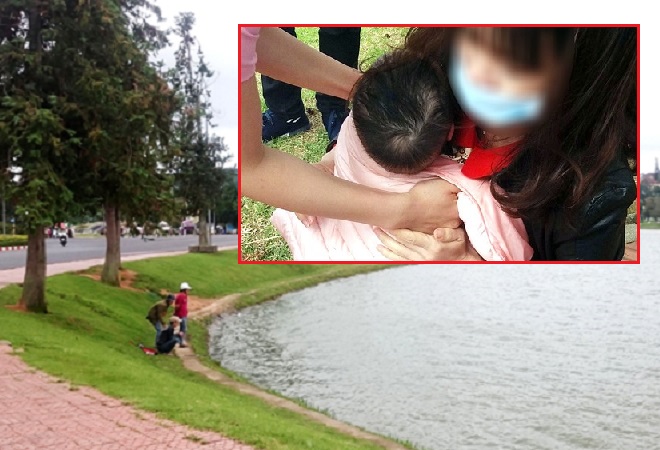 But a strong gust of wind hurled the stroller towards the lake! People around the lake watched in horror as the stroller began sinking in the lake. Although the spot was close to the shore, it was 2 meters deep!

Thankfully, a quick-thinking foreigner threw his phone and wallet on the grassy lawn and plunged into the lake to save the baby! 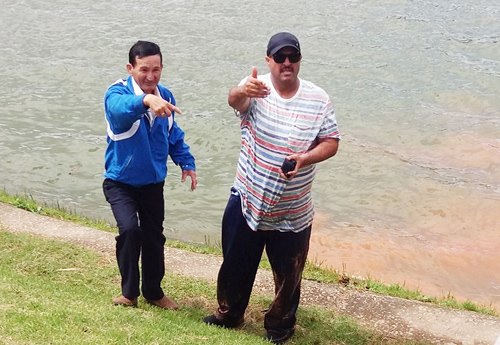 The foreigner (right) who jumped into the lake to save the baby.
Photo credit: Malaysian Digest

As expected, the mother earned backlash on social media for playing the popular augmented reality game while strolling with her son near a body of water, a deep one at that! Many called her careless and labeled her as a bad mother but local police cautioned netizens not to judge the mother so quickly – after all, most of the people strolling near that lake had also been playing Pokemon GO, possibly including the foreigner who saved the child!

Still, while that might be true, people pointed out that those other people playing Pokemon GO have all the right to do it at that park because they were not taking care of a small baby at the moment. Everyone still thought that the young mother should focus her attention on her own child, not in hunting Pokemons that don’t really exist.

What is Pokemon GO?

Pokemon GO is an augmented reality game where players catch virtual Pokemons (pocket monsters) in a real environment/background created using their smartphones’ camera. It is highly addictive not just because of the many things you can do to collect all the monsters, but it also gives everyone bragging rights — especially if they caught rare Pokemons.