A group of swimmers was just having a good time at a beach in New Zealand when a baby orca decides to join them for some fun – but these sent the swimmers scurrying to shore. After all, this baby orca might be cute but it is still a meat eater!

The swimmers were at Hahei Beach in New Zealand when they saw a pod of orcas swimming in the distance, around 50 meters from shore. Thinking these were too far away for them to worry about, the swimmers didn’t get out of the water.

What they didn’t know is that the smallest of the pod got curious about the little creatures wriggling close to shore and decided to investigate. 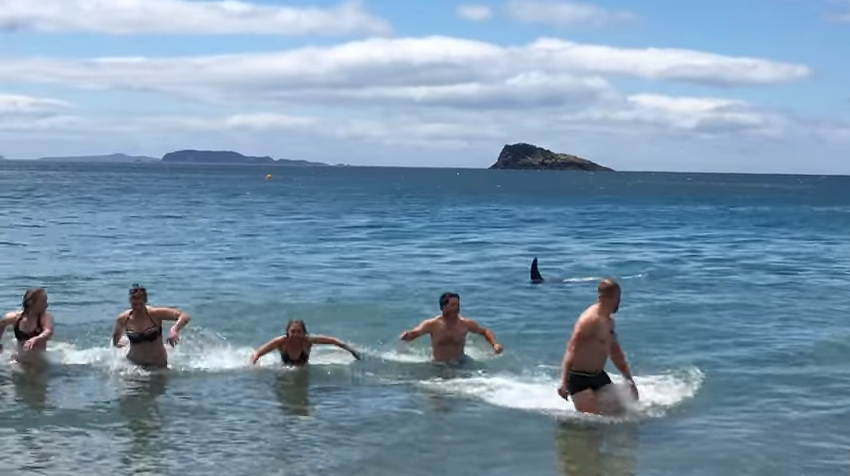 “[We] weren’t aware of the orca at this stage due to the waves,” narrated Kelly Lindsay who was able to film the once-in-a-lifetime encounter while standing at the shore and watching her friends run away from the baby orca.

“It wasn’t until one of the orcas branched away from the pod towards the shore that onlookers started shouting out to the swimmers. [When] the fin emerged from the water… they turned and ran back to the shore in excitement and shock.”

Thankfully, the curious orca didn’t nibble on the humans on the beach and would eventually swim away to go back to the pod that was actually hunting some stingrays nearby. Still, the friends said they won’t be able to forget this experience, ever!

Of course, anyone who’s ever experienced such a close encounter wouldn’t be forgetting it anytime soon! But they were actually quite lucky it was the baby that got closer and that it was immediately spotted by those at the shore. Whew!