Every married couple has had a trying time in their life. It becomes even more complicated specially when there are already kids to raise or when the wife is pregnant during this challenging time. However, a Canadian mother got a positive gesture from the baby in her womb: a thumbs up sign as if the baby is telling them that everything is going to be alright.

Nicole Kim’s husband just got laid off recently during her pregnancy. Her husband was working for the oil industry and they had to lay off many employees. It was a relief, however, seeing her baby giving a positive gesture, and she hopes that her baby’s ultrasound photo can also inspire other families. 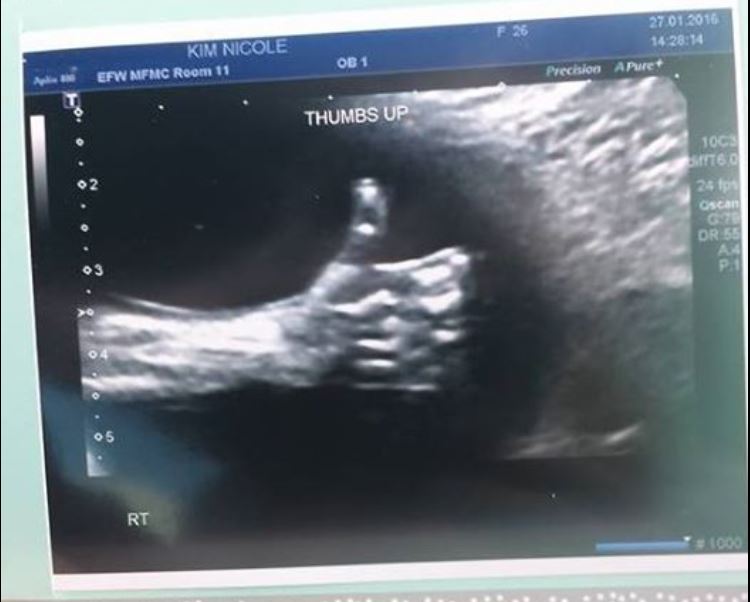 For me, it just made it seem like everything was going to be OK. Living in Calgary, there’s a lot of people being laid off right now, and it’s hard for our families. We know two other families dealing with it. I think the reason this went viral was because people wanted something to be happy about.

The photo immediately became viral after Nicole posted the photo in a Facebook group for moms. As of this writing, the photo posted on her personal Facebook page already has 146 shares.

The History of Fetal Ultrasound

According to Live Science, ultrasound was first used in Glasgow, UK for clinical purposes in 1956. It was Obstetrician Ian Donald and engineer Tom Brown who developed the first prototype systems. The prototype was based on an instrument used to detect industrial flaws in ships. However, it was only in the 1970s when its use really took off in British and US hospitals.